Although it's a little early for chukar and hun hatches there are lot's of other sign's that tells me that the Spring is on it's normal course. First of all, like I said in the previous post, Jake and I are seeing lot's of paired up chukar and are now seeing a few more paired up huns. Jake really likes Spring conditioning in bird country. 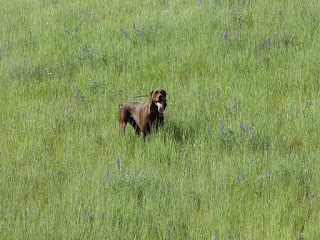 Also, this goose, has nested in the same area for the last four years and her goslings have hatched each year between the 12th and the 15th of April. This year they hatched on the 12th. 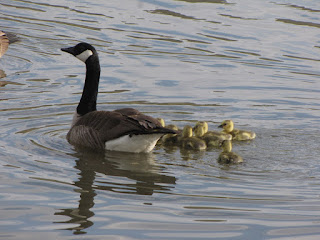 The rooster's are fighting for the girls and we're seeing them everywhere right now. They get pretty dumb like all male's this time of the year. 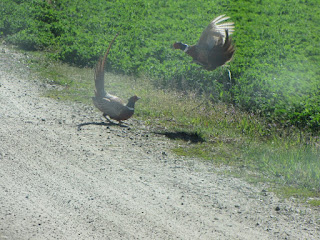 Finally, Conner is on the prowl and shot the largest turkey I've seen over my twenty some years of hunting them. It weighed over twenty four pounds and had 1 and 1/2 inch fighting spurs. 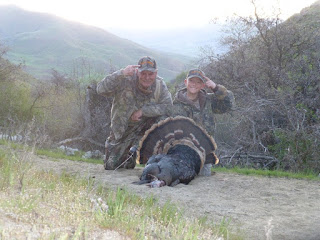 We're pointing at our hat's because it say's TEAM CONOPA which stands for Conner and Opa. Spring is on the right track and we're hoping for lot's of insects the next three months.
Posted by larry szurgot at 8:37 AM 1 comment: