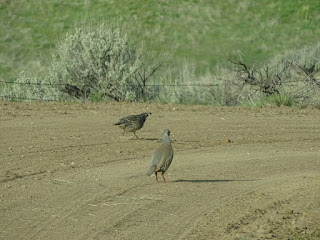 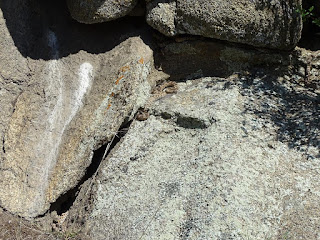 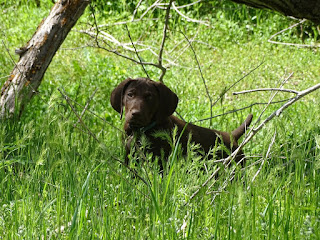 I know a few of you have gotten pup's this year and would love to hear an update from you. Let's hope some favorable weather from here out.
Posted by Tuckers Chukars at 10:25 AM 4 comments:

Well the Big Guy gave me an almost impossible job again today. He wants me to train Grady while he packs around a camera. I tried to stay closer so the runt could keep up but until those short legs grow it's gonna be a lost cause. He didn't show any fear of the mountain or the tall brush and was better on the steep slopes than I thought he'd be but the kid has a long way to go. Although I found some huns, I just couldn't get the kid into the action. If my patience holds maybe we'll get some interaction with birds soon. Here's one of the video's the Big Guy took while I did all the work.