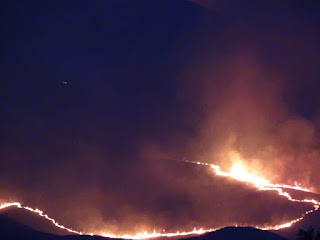 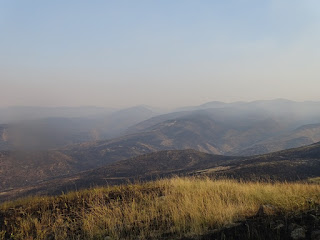 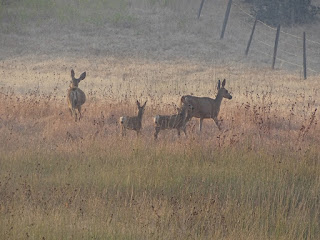 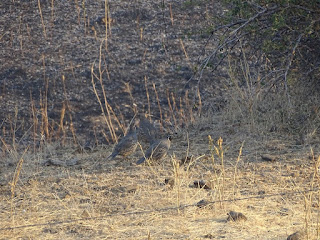 I
It's been an interesting month to say the least. Working with Grady has my camera in the truck most of the time so I can't prove the number of birds I'm seeing so you'll just have to trust me when I say we should have a great year.

First off, Grady is coming along okay and if we ever get some cool weather and possibly some moisture I think he'll become a hunting dog by hunting season.

Chukarhunter50 posted a great report and I have to agree with his findings. We're still finding lot's of older chukar hatches and also some very young ones. Along with that we're still seeing pairs that possibly may be having a late hatch to just add to our chukar hunting obsession.

Huns are showing up with fairly good chick numbers along with quail. I typically don't see many quail chicks this time of the year but this year seems to be the exception.

Blue grouse are everywhere with big chick production and we're finding some rough grouse in the timber.

Unless something drastic happens (like fires) I can't see a downside to this year. I even scouted the Owyhee's and found good number of birds and a better number of insects than I had heard.

It may be a little early but I'm predicting a five star season for the upland birds in Idaho and eastern Oregon. So stock up on shotgun shells and start working on the lungs because it's only 55 days till the Idaho chukar opener and 15 days less than that for the grouse. I'll try and get some better video's of birds in the next month to help get you fired up but until then think positive.
Posted by Tuckers Chukars at 5:42 PM 6 comments: