Wow! what a month for moisture. So far this month we have had 3 times the amount of rain as normal for the whole month. The weather forecast says today is about the end to this trend for the month. Hopefully we will be back to normal from here on.

I've been getting lots of request on my thoughts about all this rain and it's effects on the chukar hatch. I've done lot's of reading and kept lot's of notes of observations of chukar populations but sadly haven't kept notes of rainfall amounts in June for each year. If anyone could possibly tell me how to find the average rainfall amount in June for the past 30 years I could come up with a little more positive answer to how much the spring rains effect the outcome for the coming seasons.

Even with the heavy rainfalls we have had I know we are better off than drought conditions. On dry years many of the birds don't even try to nest. The vegetation and insects are not there to produce healthy conditions for reproduction, so on drought years you will see many small coveys of birds in the spring instead of pairs. Spring rains produce lot's of green up and insects which are the main ingredients for good chick survival. This June has provided plenty of that. Chicks that have survived so far or that haven't hatched yet should have an abundance of feed for the remainder of the summer months. Conditions from here out should be optimum for survival. A rain or two in July and August might help conditions even more but won't be necessary for what could be a good year.

With that being said, I'll give my thoughts of what might happen. First of all, although most articles say the mean time for chukar/hun hatching is about June 10, I believe it occurs later in the month. My only reason for thinking that is from observations of size of birds in late July and early August. I raised chukars for a couple of years and "think" I can judge age pretty well from their size and flight ability. If I am right, than the most hatches are just beginning. The hatches that have already happened and have been lost have plenty of time for the hen to renest and still have good number of eggs to hatch. These spring conditions have produced prime nutrients for hens to reproduce plenty of eggs for a second hatch. The second hatch from these hens will probably be as good as the first one where on a normal weather year the egg numbers may be smaller.

Chukars and huns are resilient nesters and will keep trying to nest as long as conditions are right. I believe it is a myth that they will nest two or three times and raise separate broods. I think they will only have a second brood if they lose all their chicks. It's not possible to raise chicks and sit a nest at the same time so they will have only one brood per year. But on normal years with moisture almost all hens are reproducing instead of just a portion of them on drought years and they will keep on trying until successful or it's too late. That is why we sometimes see birds so young clear into late October.

I haven't been able to get out and locate chukar and hun nests this Spring because of my lack of mobility but I have been able to drive the roads and observe the bigger birds(turkey) and find a few of their nest for observation. I found five nests and the earliest of them hatched May 23rd and the latest was just five days ago. Two of the nest were destroyed by predators which I believe is definitely harder on nest than rain. I can't speak of survival of the chicks because of my inability to get out and observe little ones feeding with the mom nor do I want to take a chance of disturbing them on these wet days. I do believe that the other upland birds are two to three weeks behind turkeys in the hatch so that would place hatch times from mid June on.

I have no biological facts to say I'm right but I really believe June rains don't hurt the numbers as much as I use to. These heavy rains had to have hurt some but not as much as I once feared. Keep thinking positive. I do know that we will at least have a normal year. Every down year that I can recall has been preceded by a dry spring and summer. Hopefully this will be a banner year and we will learn a little more about chukar/hun reproduction conditions.
Posted by Tuckers Chukars at 9:15 AM 10 comments: 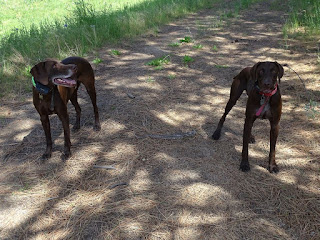 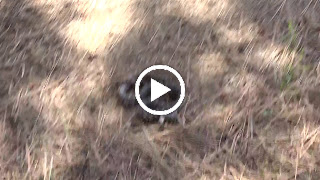