There's not a lot to post about the chukar conditions right now except that Jake and I spent a couple of hours running around on the mountain today and didn't see a bird. Even though we were at an area that had many of pairs a month ago we figure no worries. The pairs are probably on nests now and with the spring conditions scent is probably at a minimal. Had we seen covey's I would panic some and say the pairs didn't take, but that wasn't the case. I was surprised at the lack of insects (Grass hoppers) that I saw. Hopefully that will change soon.

We had a few unproductive points and a few that were a little light on staunchness telling me maybe it wasn't a bird point. 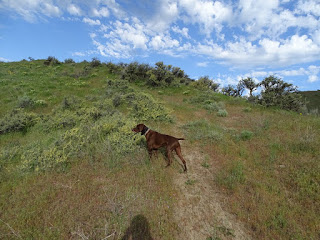 In this case it was the enemy and it gave me a chance to do some avoidance training. I gave him the okay and when he got about 10 yards away from the skunk it shocked him and Jake quickly retreated to my side. 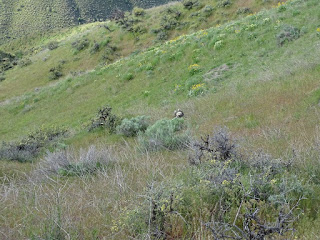 Outside of the normal deer and elk sightings we had our first baby encounter of the year. Another lazy point was really a stare down between this coyote and Jake. 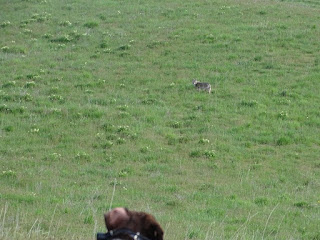 The coyote stood there and let me take some pictures of it so I assumed it was a bitch coyote with some pups in the proximity. 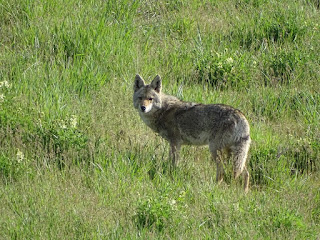 I was right and it wasn't long before Jake was showing me the den with his curiosity point. 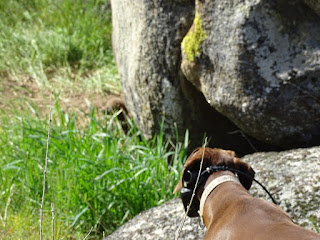 I'm guessing the pups were between a week or two because there eyesight was poor. I snapped some pictures before they backed into the den. 6 puppies are mighty cute even though they turn into 6 coyotes. 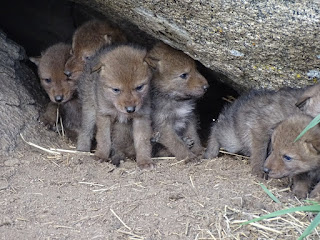 I waited a while knowing curiosity would make the pups come back out to figure out what this creature was sitting outside the den. They did and I picked one up so I could get a close up. 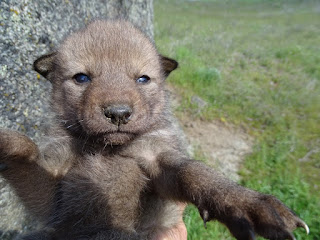 They are every bit as cute as our canine buddies and it would be cool to raise one but it's best not to fool with Mother Nature so I let Jake take a whif and put the pup back with his brothers and sisters and headed off ready for our next encounter with nature. 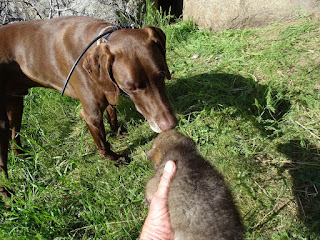 Hopefully in about three weeks there will be a bunch of little chicks of the upland variety and they will be filling there crops with grasshoppers and other insects. I'm still looking at the positive side and excited for the opener.
Posted by larry szurgot at 2:03 PM 3 comments:

Still having fun and loving life

Rather than bore you with more pictures of Jake and stories about the chukars and huns I'll just post a few pictures of our last hikes. I still believe our harsh winter was more of a culling year than a devastating year for our wildlife. Get out there and look for yourselves. I think you'll be surprisingly pleased with the game populations and the Fish and Games policies on wintering wildlife.

An educated coyote that didn't want his picture taken.

White tails always run like they have no care in the world. 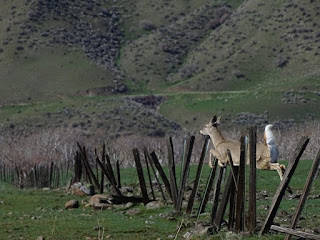 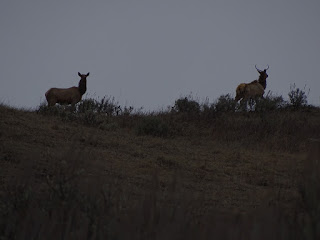 Of course the turkeys are right in the middle of the strut. Just a little more proof that we humans can't mess up birds ability to nest and have little ones, even by hunting them during the mating season. 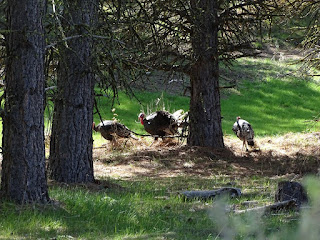 The mule deer are looking a little shaggy but the antlers are already showing some growth. 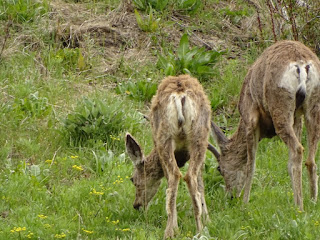 This bear is enjoying his sun bath and looked at Jake and I with discuss for waking him from his snooze. 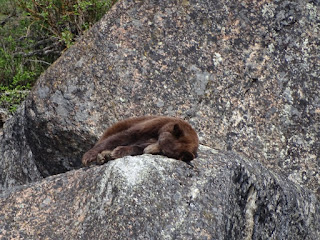 He was happy to see Jake and I leave and went back to sleeping. 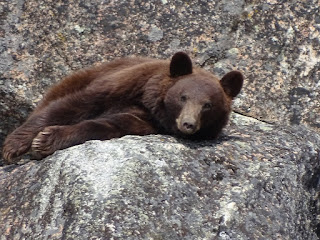 Enjoy the outdoors. You're only on this earth once.
Posted by larry szurgot at 3:22 PM No comments: