The verdict is out for me on this late hatch. I was out working on the pond and Grady showed up with a hun chick that was about a week old. Although it was still alive it became a study bird. I took a short walk and sure enough jumped Mom who pretended to be hurt and watched several more chicks running through the tall grass. I've never seen hun chicks around here let alone that young.

This late of a hatch couldn't have been from the June rains so I am assuming that the nest probably got destroyed by the cutting of the hay. With only three weeks to the opener these chicks and probably many others around the state will be flying but will be obvious not to be full grown. Shoot or not, it's up to you, but I think we'll be seeing more of these young birds than usual.

This isn't in any way a post for changing the season to a later date because I am against that. I am for keeping every day of the season as is and those that don't want to hunt early or late for whatever reason don't need to go. I am only trying to point out what we might be seeing out there early this year. No matter what size of the bird the dogs love to find them and I love watching them try.

Be ready to go and get em.

Got out this morning for a very short jaunt with the boys in some hun country. Very short because my legs gave out twice making the trip a whole mile round trip. Pretty sad. But the good news is that Grady Jumped two different huns playing the wounded game. Each bird did their thing in keeping Grady chasing and away from what I'm sure was young chicks. Both times I recalled the dogs and moved away from the area. Had the chicks (if they were there) been more than ten days old they would have flushed for short a short distance with the adult bird. I've never seen a chukar or hun fake crippled when there were no chicks so I'm pretty sure they were there which adds more confidence that there are lots of late hatches out there. 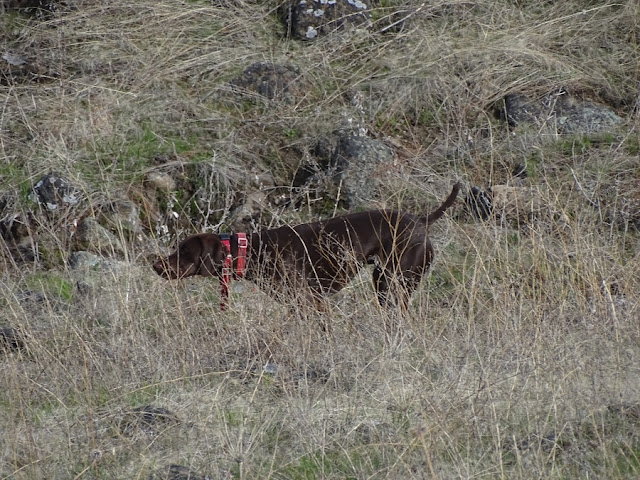 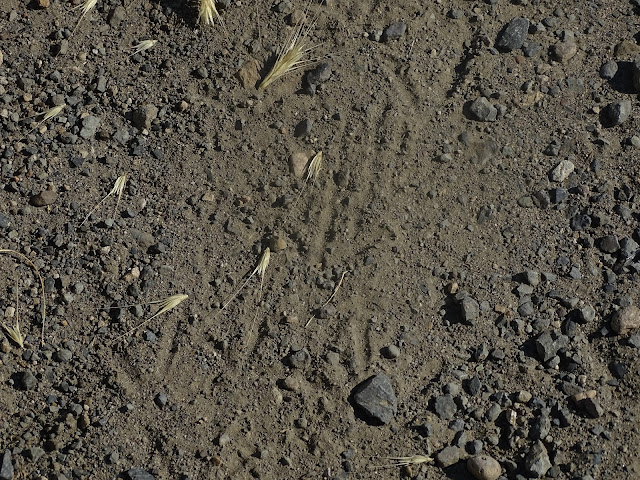 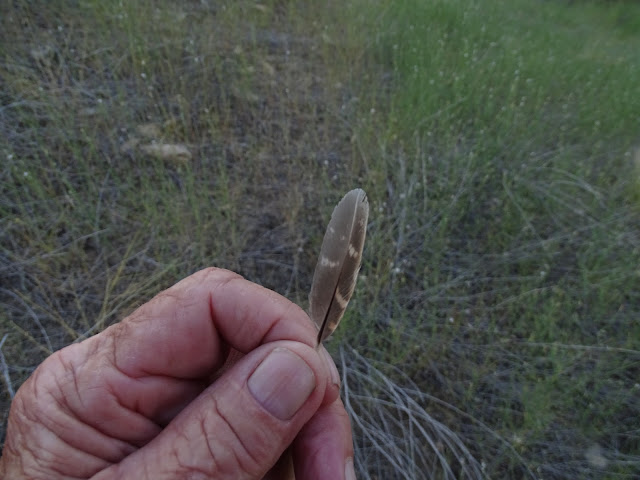 Posted by Tuckers Chukars at 6:18 PM No comments: