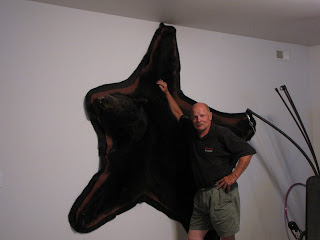 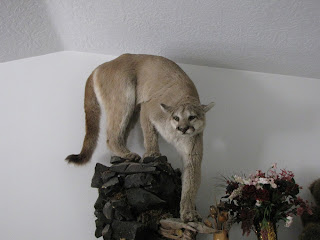 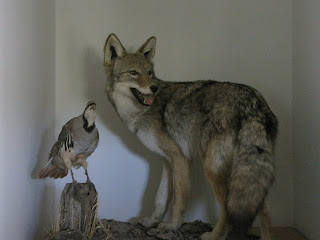 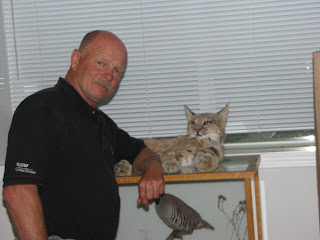 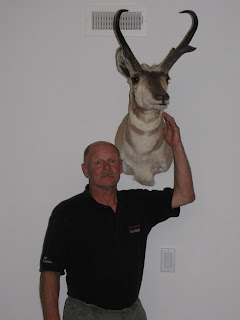 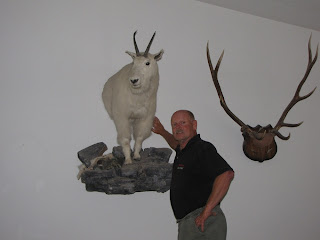 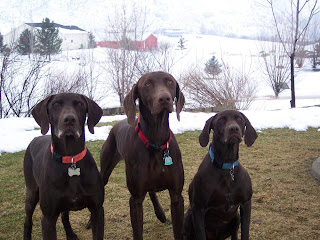 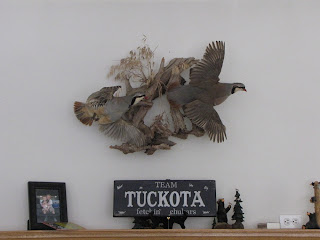 These birds will soon be going to Teresa's house, but this fall there will be some chukars that will meet the same fate. When they are placed above the fireplace the big game mounts will be moved to the basement. Not because I enjoyed getting them any less than I do the chukars but because that is where I am now. Me, the dogs and the birds. I don't know what's going to happen in the future. Will I keep getting another hunting dog and chase chukars? I might take up fishing or maybe even go back to big game hunting.
Nobody knows the future. Loosing three friends, and especially one before his time, has taught me to live life to it's fullest. Besides my family, what makes my life as full as it possibly can be is chasing chukars with my dogs. For me, that's just the way things are.
Posted by larry szurgot at 8:12 PM

Larry, great piece. I enjoyed it, but sorry for your loss.
Interestingly this is the first year in very many that I put in for a deer tag. I started thinking about deer hunting again, and decided to give it a try. Of course chukar hunting is still my primary outdoor obsession, and I doubt deer hunting would ever take over. I've also really gotten into surf fishing with light tackle these past few years (I live at the beach). But as much as I enjoy it, I still can't wait for October to go chase the chuks.

Thanks Pete. I'm with you on the chukars. Just as long as we're doing what we enjoy and not doing what we think will impress others. Here's to looking towards October.