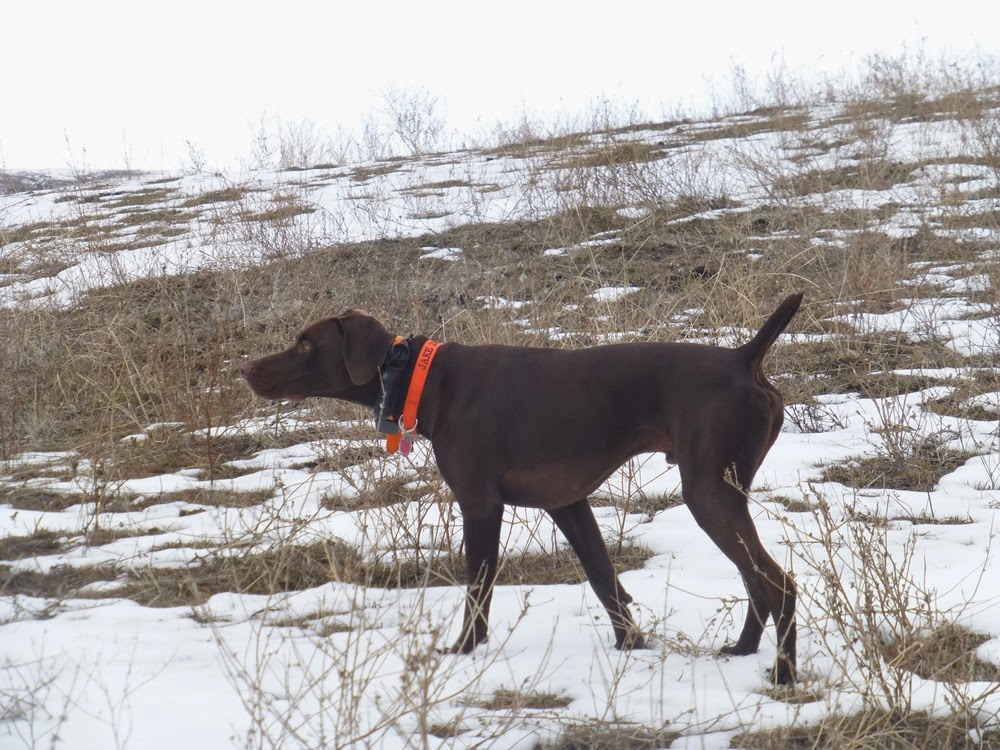 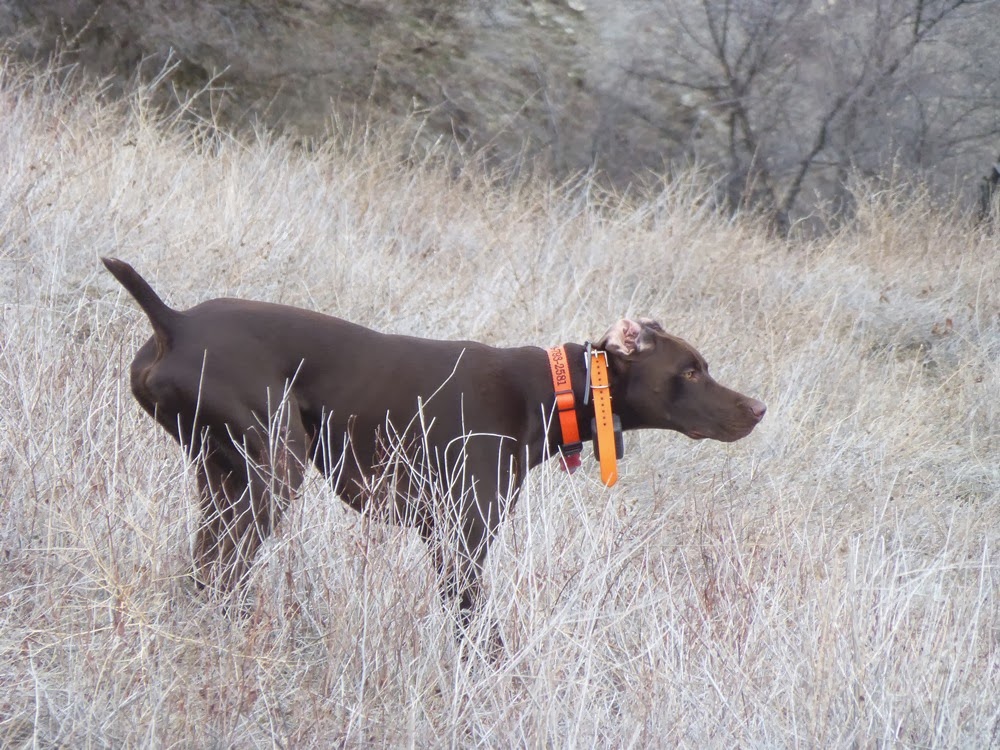 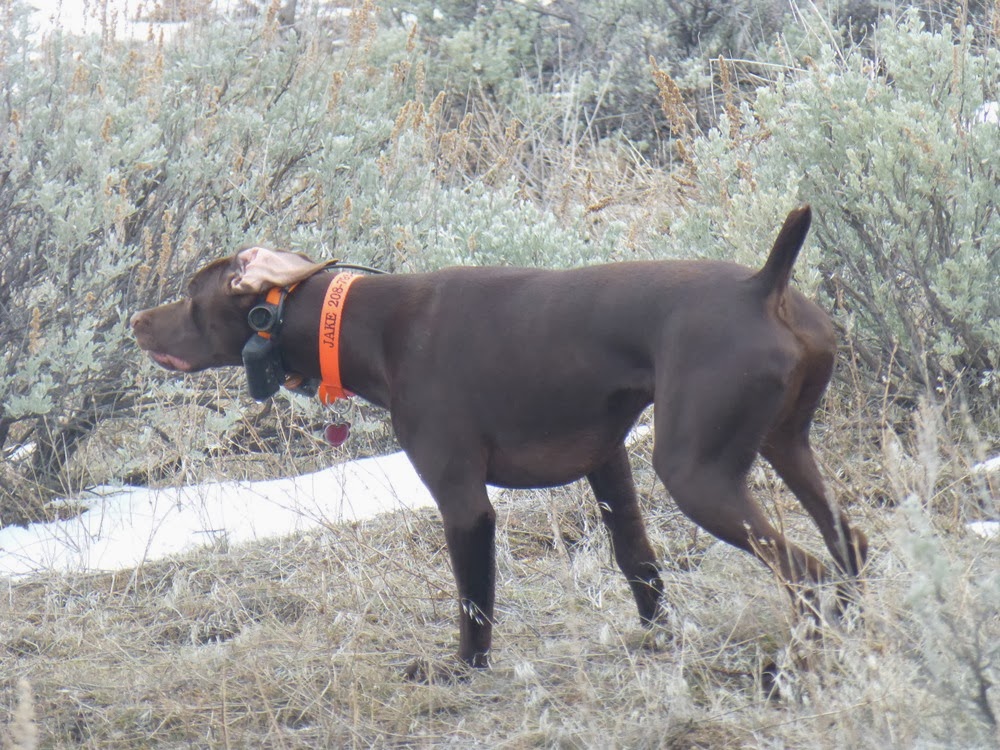 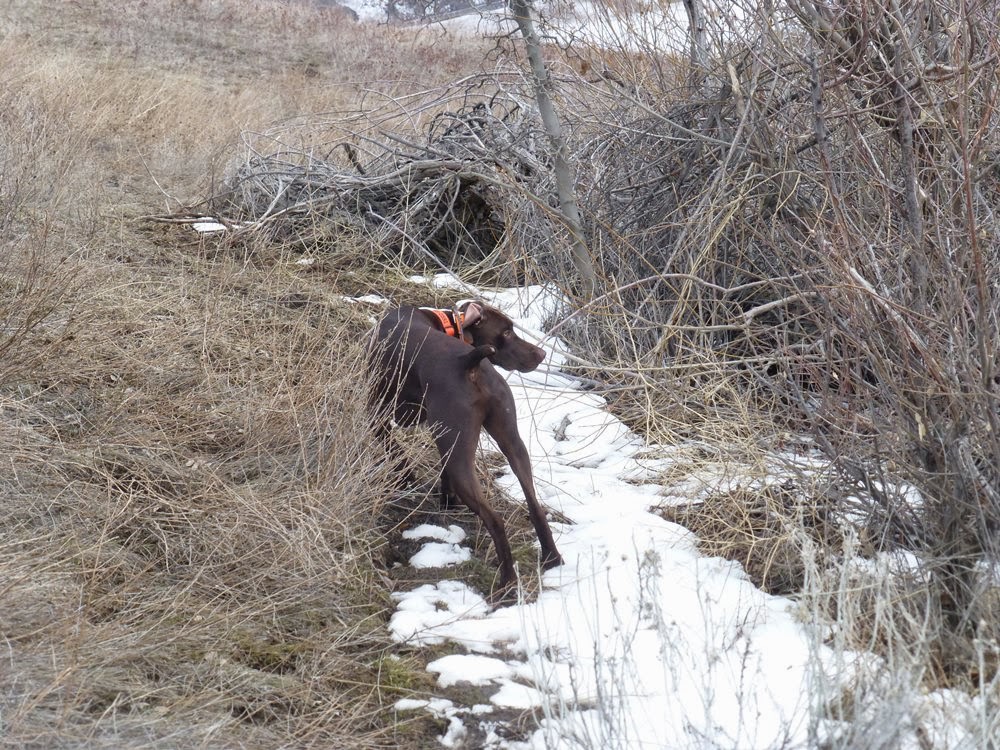 Thank you for reading and God Bless Chukar Hunters and their Dogs.
Posted by larry szurgot at 5:59 PM

Jake is one heck of a good looking dog. Glad to hear that you saw a lot of birds. Over the next few months, I will find myself watching the weather with obsession hoping that we get rain at the right times. I look forward to hearing about more of your scouting reports. It is particulary interesting hearing about your findings since you have such a great database of prior-year information. Glad to see you are getting out there.

The misniaMan,that Jake is going to be quite the chukar dog. Glad the numbers of birds are there and I hope they have a great nesting season.I will try to get out for some ptarmigan Sun. It is really hit and miss plus we got new snow so it may be tougher walking. I have a sore back but the knee is good. It turned cold about 5 degrees this morning.We still go to the beach but don't stay as long. Business continues slow.
Take care Larry.
Alan

Thanks for the kind words, Matt. Like you, and many other upland hunters, I'll be hoping the weather cooperates in the next six months to bring a bumper crop of birds. No matter what happens, I'm sure you'll be out there with Jack and I'll be out there with Jake letting the birds no we haven't given up on them.