It was cooler this morning, 52 degrees, so Jake and I hit the mountain, once again. We had already decided on this walk even if the temperature was warm. We were celebrating Riley's life with us.

For those who don't know, Riley's life was cut short by blood clots. He and I had become best buds and went through quite a bit together. Besides all of our great hunts together we also became nurse maids for each other. He encouraged me through several injuries and I did the same for him through two knee operations and three operations on a broken front leg. Through it all, we never missed a day of hunting during the hunting season due to an injury. My operations came on the first day of February and his first knee injury came on the last day of the chukar season. His other injuries were during the off season. 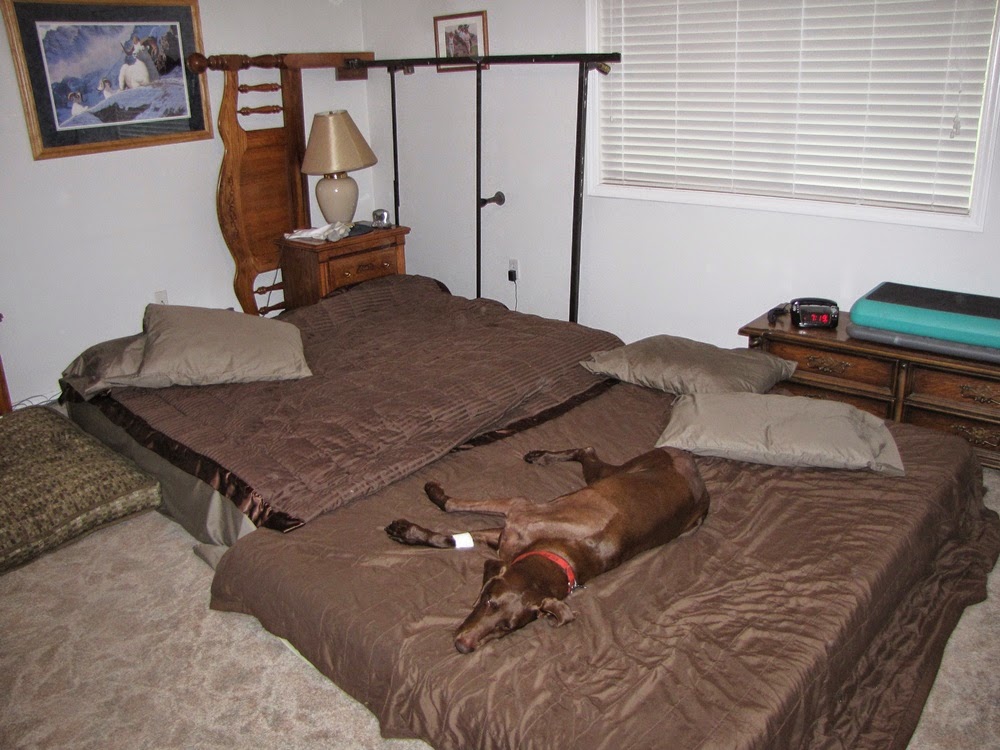 The hardest thing for me over this past year was the way that Riley left. He was only seven and in his prime. I was fully retired and so we spent almost 24 hours a day together. During his last three months he had three operations on his broken front leg and was confined to a bedroom where either Barb or I spent as much time as possible with him. We built a special ramp for him to go outside to retrieve himself and that was about all he could do. Once in a while the quail would come around. Riley would put his heavy head on the end table and watch and dream of someday being on a hunt again. I remember watching his tail shake as he watched. 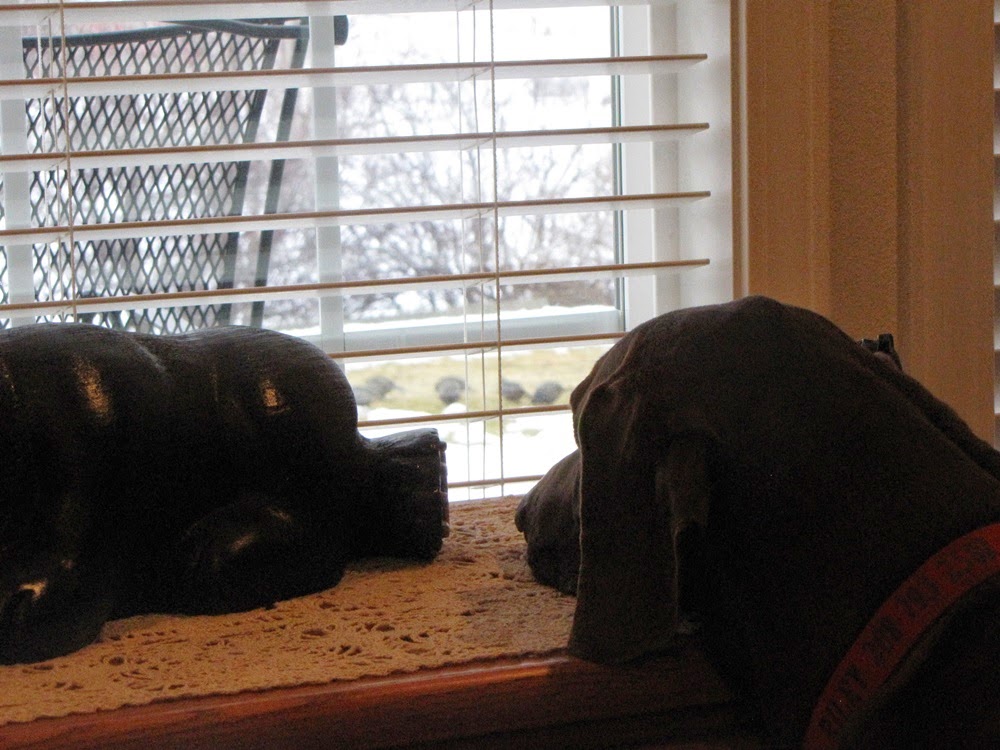 Finally, in the first week of August, the vet gave the okay to take short walks outside. Riley enjoyed being outside again but could only make about 50 yards before laying down for a rest. He had improved to 100 yards or more by mid August and I was wondering if Riley would ever hunt again or just be with me for encouragement. I didn't care, just as long as the too tall gsp was with me.

Than on Aug. 22 of last year a sedge hammer crushed my heart. It came in the form of blood clots that became so painful for Riley that I had to make the decision for him. I don't recall if I have ever hurt that bad before. It was something I wasn't prepared for. It's been hard to put Riley's last three months behind me. We worked so hard to get better and a simple blood clot took away our time to just be friends for a while.

God did well in placing Jake with me. He knew the hole in my heart was big and it would take a goof ball like Jake to shrink it down some. That was what today was all about. A day for me to tell Jake of the thousands of great points that Riley had produced for me and how he did it with such excitement. 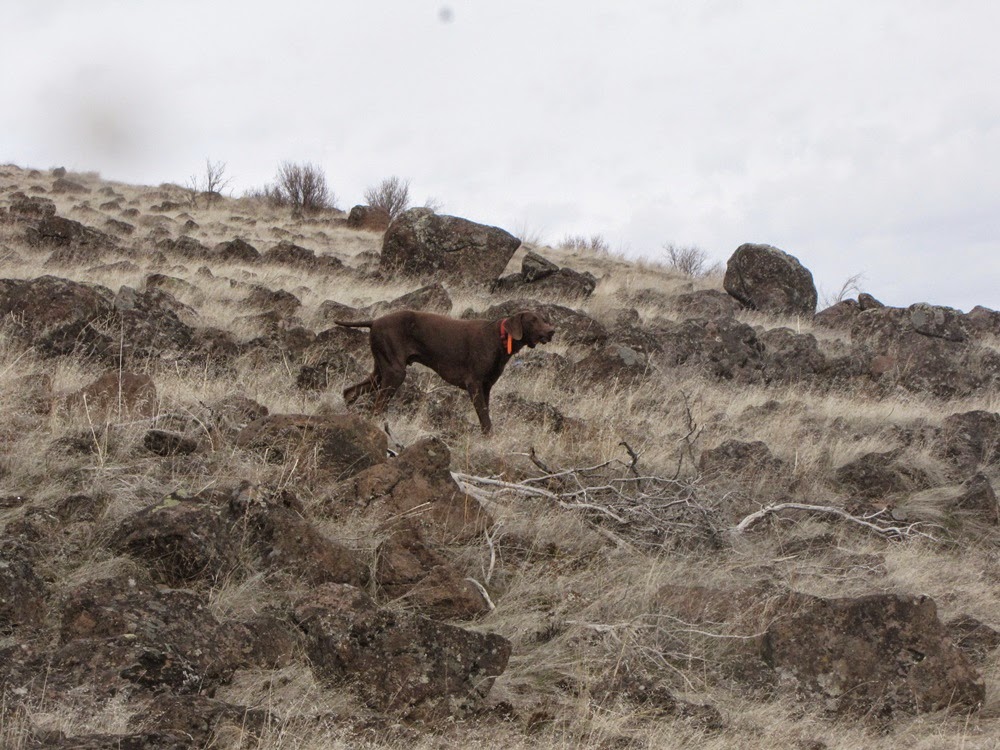 Thanks you for the great years, Riley. I love you. 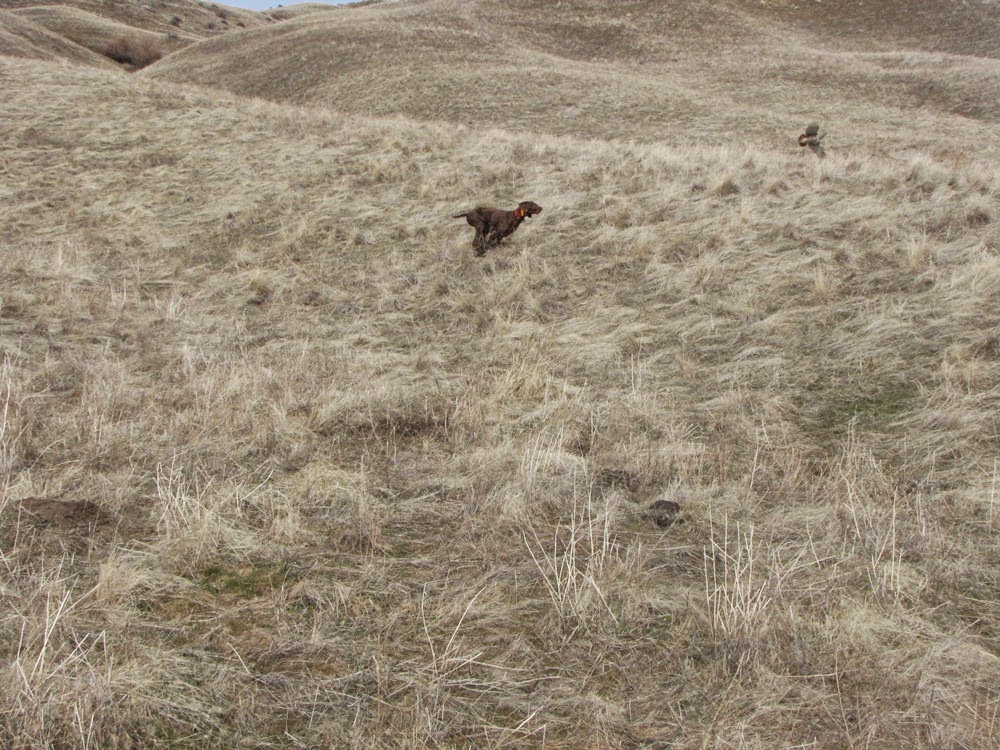 I'll catch up with you chasing chukars someday in heaven.
Posted by larry szurgot at 1:56 PM

Larry,
What a great post! What a special dog you had and what special memories you have to cherish. I've lost a couple special dogs like Riley. I'm not sure the pain of their loss ever goes away, just gets to be more tolerable. I'm glad you were the one that had Riley as you are a special person who saw that Riley got to do what he was born to do. While his life was shorter than some, it was spent loving the hunt and spending time with you. Jake will keep you company now and that makes it more tolerable. Hes a special one too.
Alan