You don't get much great September chukar hunting weather but we got some the last two days, with another to follow tomorrow. Sadly, Jake and I need to take tomorrow off to get a few things done. I mean, when was the last time you hunted chukar in the fog in September? 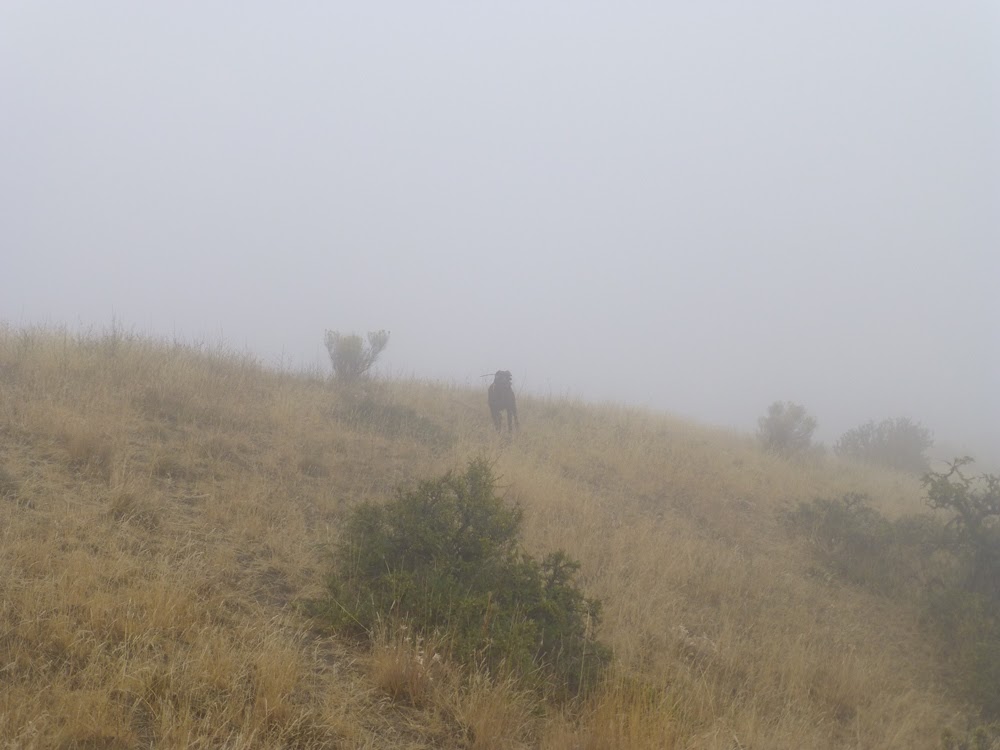 That was on the 28th and today we got to hunt with a strong breeze after a night of rain. Both days should have produced good hunting, but the birds were hard to find. Yesterday produced four or five small covey's of chukar (no more than six birds per covey) and our first hun encounter of the year. Three birds in the hun covey. Jake had some great points and retrieves and ranged great, but I felt he deserved more action for putting in 26 miles. I did see enough sign to think there were birds somewhere that we were missing.

Today he pointed a three bird covey and I proceeded to miss the two easiest shots of the year. This was with an 18 mile jaunt around the mountain. The area we hunted today showed no sign of better things to come and we'll cross it off the return list for 2014.

With the negative new I just gave, I do have one positive note. Unlike Matt, I at least had my shotgun with me while I was hunting.

Don't get disgruntled too soon, though. The areas I've hunted so far this year are local areas and aren't prime chukar areas even though I usually find more birds than I have the last two years. We'll soon be heading out on some trips where hopefully Jake will be able to have ten or fifteen encounters a day with bigger covey's of birds. The kind of day that makes your dog dream of points and retrieves at night.
Posted by larry szurgot at 7:31 PM