Wow! What a month this has been. Probably not good to be as dry as it has been, but it sure has been a great month for hiking the mountains. Jake and I have been getting out quite a bit just to keep as reasonably in shape as we can be. I did all my working out in the gym, running, lifting weights, etc. in my younger years and now enjoy doing the mountains for a workout. Besides, Jake can go with me, thus killing two birds with one stone, which is better than I can do with one shotgun shot.

Like most everyone, I'm concerned about the snow level. I'm not running into any snow at places where there is usually a foot or two of crusted snow. I don't think this has much impact on the chukars as long as April, May, June and July have normal conditions. I've given up on what conditions are best for a good reproduction year. I've guessed wrong more times than I have been right. To be honest, the biologist seem to wrong as many times as right also. I've decided that this year will just be what it is and Jake and I have to except it and make the best out of it. 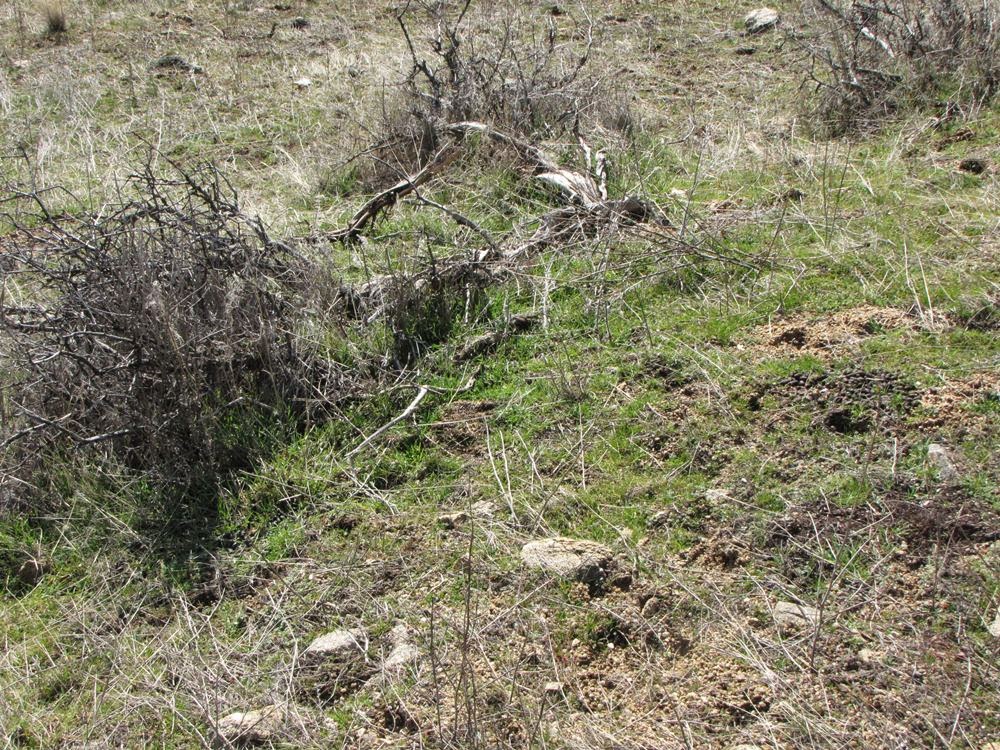 but above that, the green up is lees obvious. 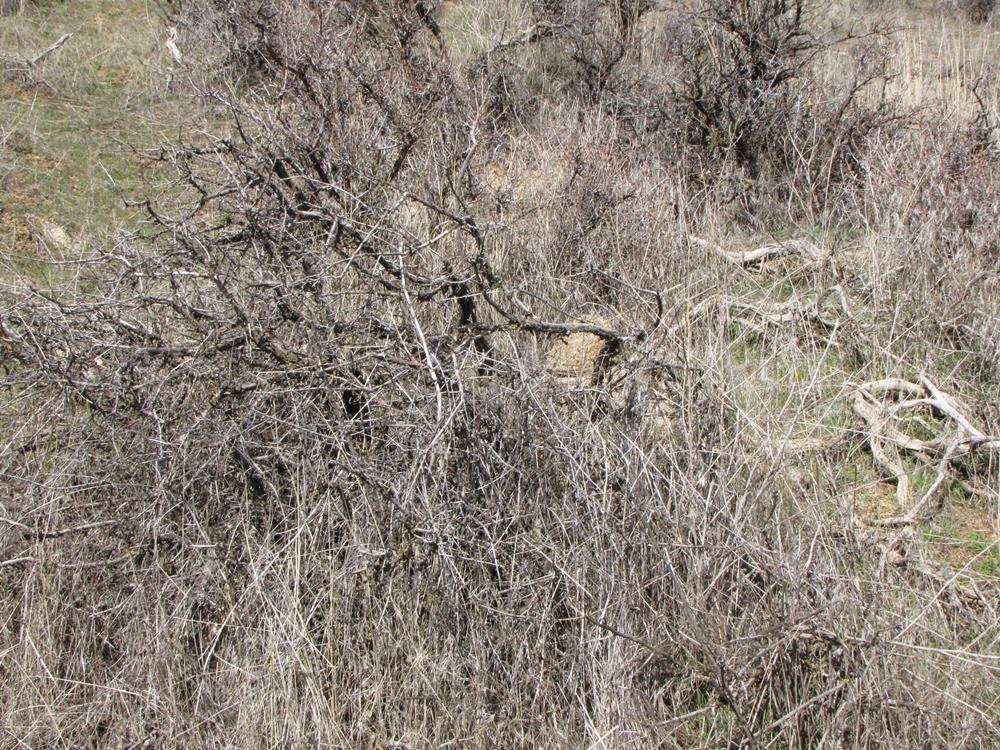 Of course we chukar hunters know how the birds like to eat the fresh green shoots. Whenever it is available their crops seem to be full of it. Jake and I never found a bird in the greener areas nor did I see any droppings but when we got high on the mountain, about 5000 feet, we started finding birds. What's with that? Either I'm really dumb or chukars are another animal we'll never completely figure out.

Now that my IQ has been established, I will say that Jake still knows how to use his natural instincts to find birds. He had several finds, although there were no big covey's. In fact, I was surprised at the number of paired birds already. It might have been coincidence but I usually don't see the chukars paired up until March. The huns seem to pair up earlier but I didn't find any of them. 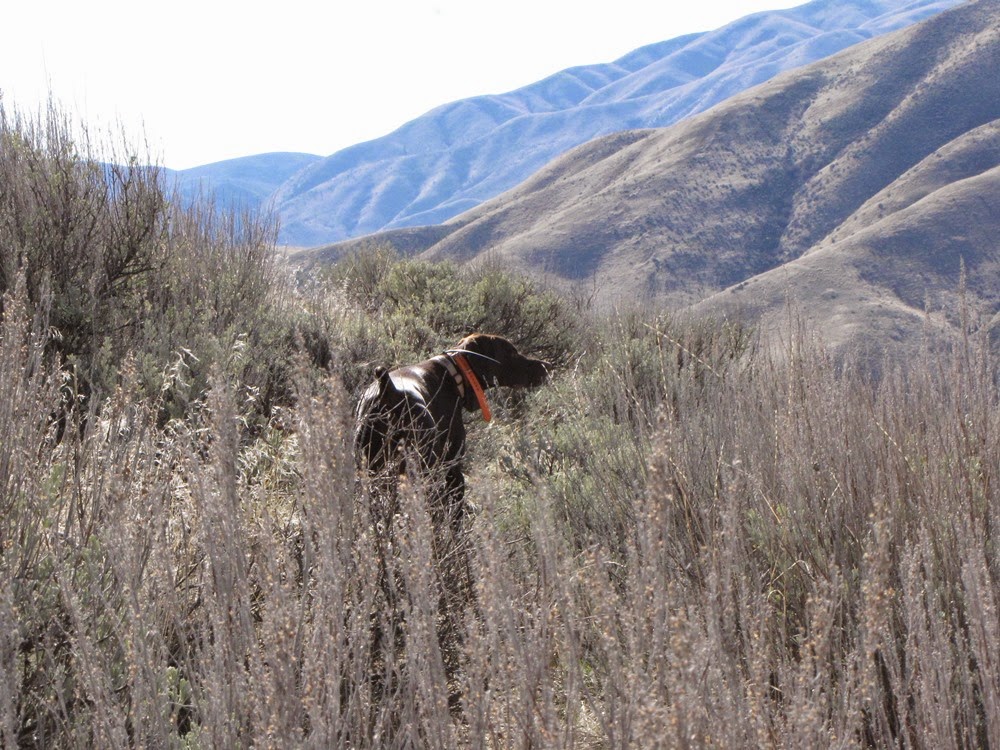 Jake did have one other find besides the chukars. He must have got caught between step. When I got to his point he had one leg up in the air in the stepping position, locked solid. 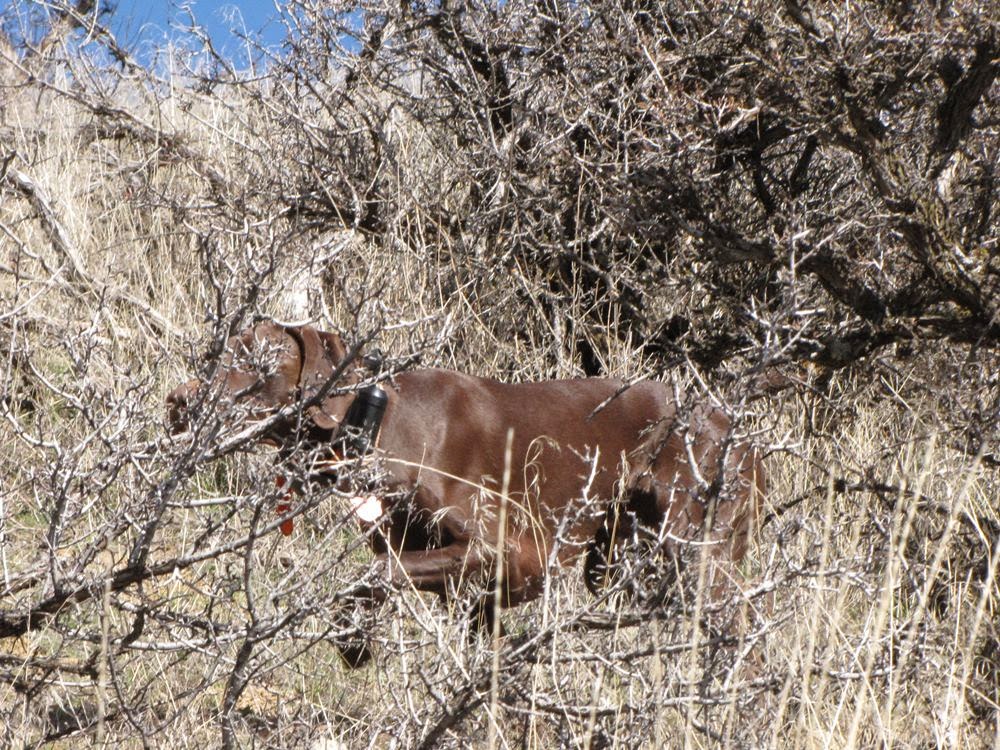 I followed his eyes to where I figured the bird to be but never saw it until two steps from me flushed this grouse. 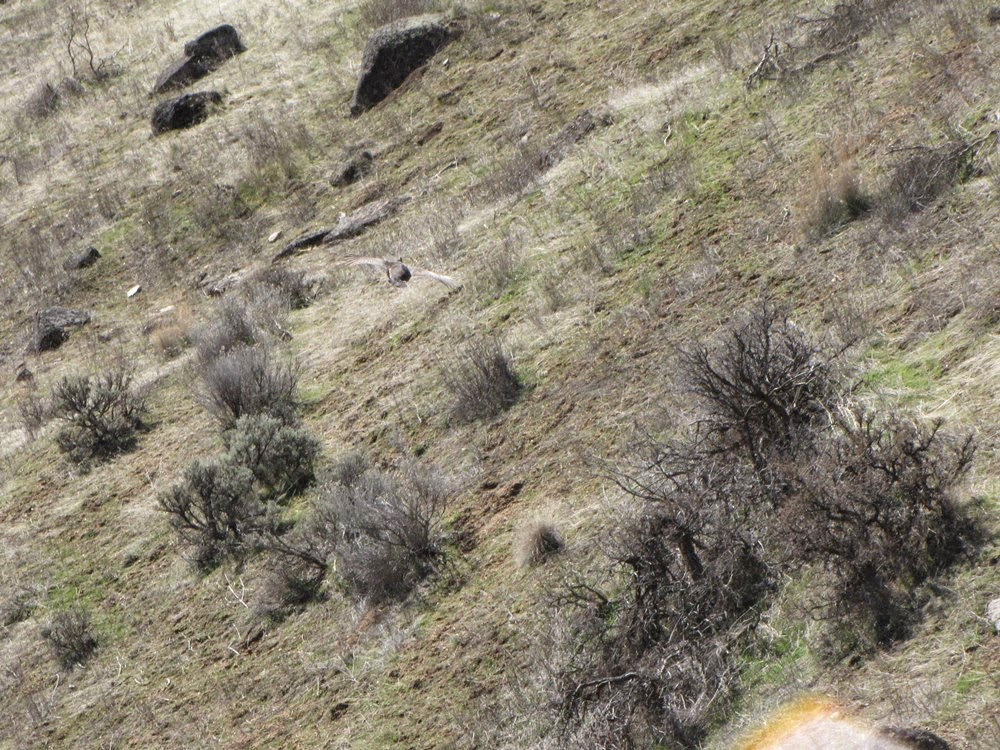 February temperatures of mid 50's to low 60's are a great way to spend an afternoon in the hills. I hope everyone is enjoying the last month of winter like we are.

Larry and Jake,
Wow! That's some nice hiking weather. Kate and I have been taking hikes as well.51 degrees here and little snow. I didn't take my gun so of course we saw two grouse .We tried to get the birds on film but they didn't show up. We might have been too far away when they flushed. I haven't been seeing any ptarmigan at all, don't know if they are higher up or not. The season remains open till the end of March. We may have to hike farther up the hills to find them. Mays enjoyed part of my cinnamon roll on the ride back so he was happy about that. We have had a strange winter. Keep up the hikes.
Alan and Mays

You do the same. I'm sure, like Jake, Mays enjoys the hikes as much as that cinnamon roll.