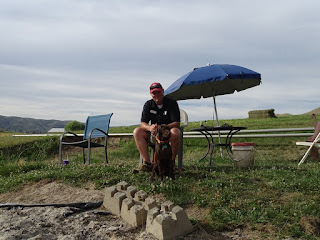 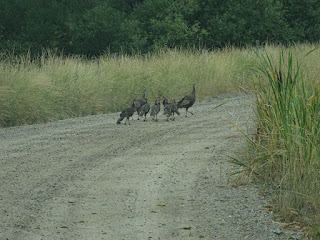 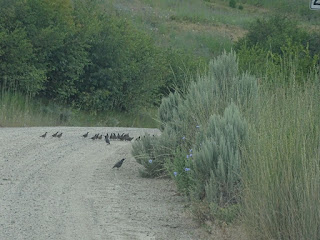 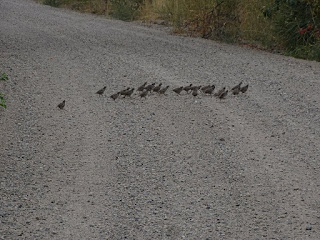 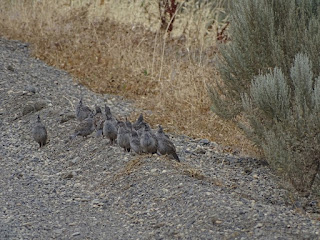 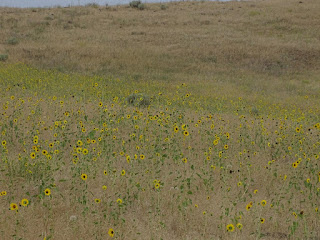 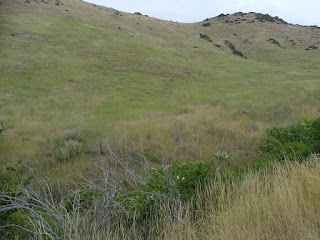 I'll try and get out one more time before the grouse season and hopefully get some good footage of some large coveys.
Posted by Tuckers Chukars at 5:42 PM

good news on the groups and hope you see more later. big lake chukar count on my 30 mile route. group count down 28% from 2018, total bird count down 19%. huns were WAY off in my observation, just hope tall grasses, bugs and lots of water had them hiding. all still looks good with hatch ages scattered from 3-9 weeks.

I check your site daily, this time of year. Retiring this fall and i have 2 Setters and a brittny. Love southeast oregon and chukar hunting. Love your blog, p look please continue.

Thanks for posting.Love seeing those birds. don’t work too hard,save yourself for the hills. hiking seems to get harder each year.
Alan and Gracie

Good to hear! I agree that the conditions seem very good this year. I haven't been able to check the hills in northern Utah this season yet as my wife and I had a baby just a few short weeks ago and she keeps us quite occupied -- she's cute so it's okay. The dog is getting anxious and we should get out this week to at least check on grouse numbers. Keep up with the posts! At least it lets my mind get out there in the hills!

Calton, Congratulations on the little one. Some of my fondest memories are with my daughter in a back pack hiking the hills with me.

Alan, we had our fiftieth reunion Friday and Saturday night and than I was foolish enough to try and chase my dogs through the hills this morning. That was the hardest hiking and most sweat I've put out in many a years.