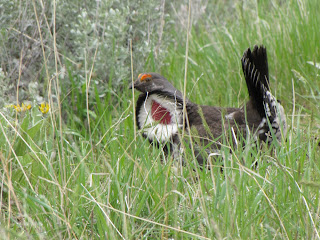 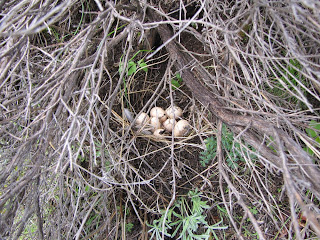 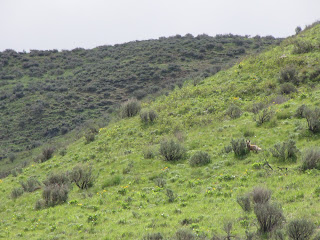 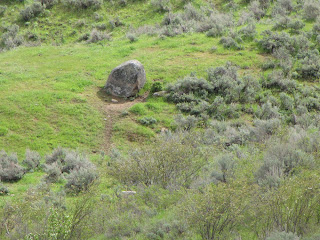 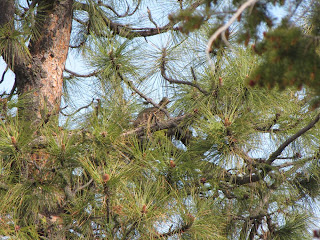 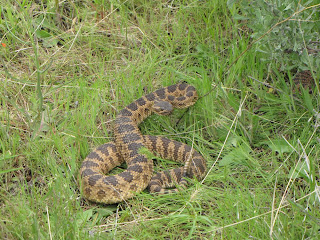 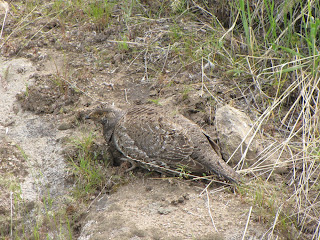 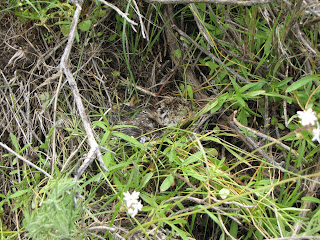 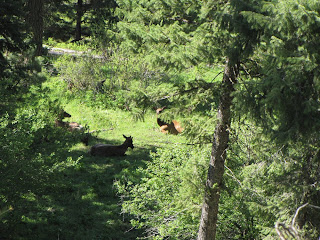 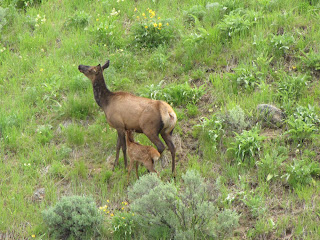 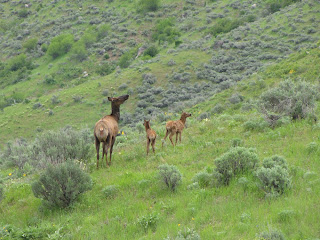 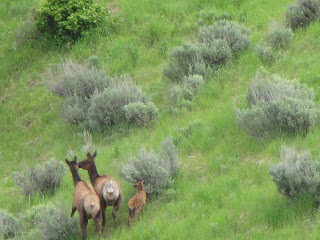 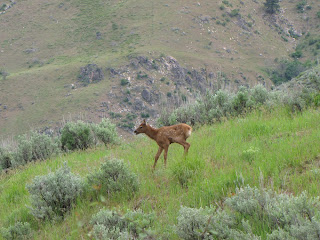 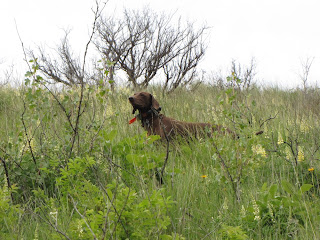 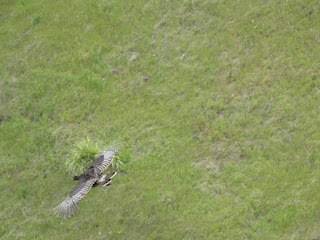 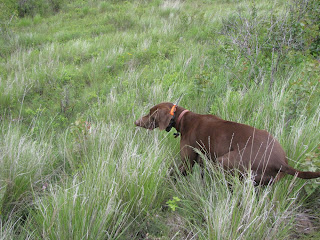 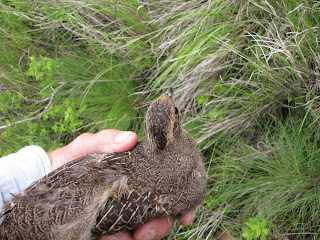 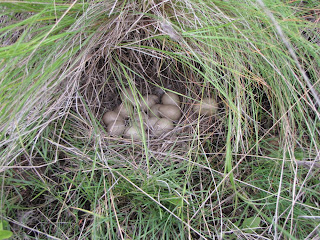 Have a great summer.
Posted by larry szurgot at 3:08 PM

Larry any reason that one egg is hanging out to the side?

I'm sure she knocked it out as she came off the nest and probably nudged it back in when she returned to the nest. When the eggs hatch they need to be touching so that once one starts hatching the others feel the vibration and peeps from the others and starts the ball rolling. They usually hatch in six hours.

did you learn all this stuff observing, reading, or talking to biologists?

Pretty much all three. I incubated and raised upland birds for several years and that pretty much taught me the neccessities of many factors concerning a successful hatch and higher survival rate. I've seen chukars under captivity start laying their eggs over three weeks different depending on spring conditions. That is why I think they have some sort of instinct that tells them the time is right.

You should consider writing a book, "A Guide to Upland Bird Hunting in the West".
A master hunters thoughts on birddogs, hunting, and harvesting Idaho and Oregon upland birds.

I would certainly buy it and I am sure not the only one.

Thanks for the compliment jc. That is one of the reasons I've kept records of most of my outings over the years. But everytime I sit down and get started I get bored. I'd rather be out doing than sitting and telling. That is unless it's sitting around a camp fire and chatting.