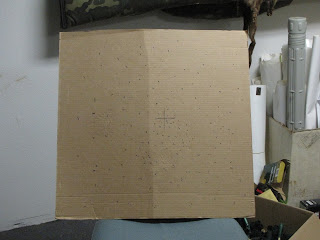 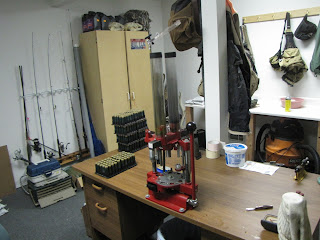 What you shoot out of your shot gun is as important as the gun itself. If what you are shooting won't hit and put the bird down you're better off shooting with a camera. A camera will never wound a bird, where poor ammunition will.

I reload which adds another element of enjoyment to my hunting. Shot gun shells off the shelf are just as good, but not as cost efficient for me. I shoot a lot and therefore I need to save where ever I can. Shells off the shelf have to be patterned the same as reloaded shells. Every shell patterns different in each individual gun and if you want to optimize your success at shooting you want to shoot the load that best fits your gun.

Everyone should pattern their gun. Patterning is shooting at a 30 inch target at given distances to see how many pellets cover the target. The 30 inch circle should have an even distribution of pellets throughout. To put it simple, you place a bird sized object on the pattern board after shooting at it and make sure there would be enough pellets to bring the bird down no matter where in the 30 inch circle the bird is.

For those who don't reload it may pay off to trade a few shells with your hunting partner when patterning. Shoot five shells at different target boards and compare. The load that gives you the most uniform pattern at the distances you'll be shooting is the load you want to use.

It seems like a lot to do to just shoot chukars but, as the saying goes, it's what you have to do to be the best you can be. Besides it's fun and gives you another reason to be out having fun shooting your shotgun.

The size of shot makes a big difference in foot lbs. of energy or knock down power. The heavier the shot the more foot lbs. it has. I shoot 7 and 1/2 shot during the early season and go to 6 shot later when the birds don't present as many close shots.

You also need to test the individual chokes for you gun. Although you choke may say modified it may have more of an open or closed choke than you expect. Know the true pattern your chokes will present.

A lot of this seems like it might be a little overboard. Maybe it is. But I like to know that when I pull up on a bird in flight, I'm more likely to knock that bird down than not. Everyone has excuses and the more of them you eliminate the more successful you will be. You don't walk the steep hills and work countless hours with your dog just to shoot blanks into the air. Improve your odds and make sure your equipment is at it's best.

Posted by larry szurgot at 4:07 PM

Larry,
What load seems to work best for you when you are chukar hunting? Do you change anything as the season progresses?

I use a load of one and a quarter ounce of lead shot at 1330 ft. per second. I prefer #7 1/2 shot but will go to #6 if I start crippling birds. I start the season with modified chokes in both barrels and as the shots get longer I progress to improved modified. If the birds start getting up way out there I have even gone to full choke. Keep the shots reasonable.