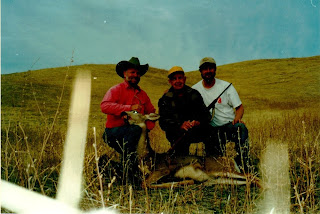 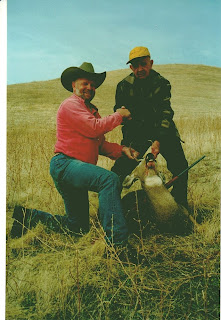 Great story. I'm going hunting with my dad in April for turkey. I won't hunt, just be there and take pictures and video. It's great to take people out that you care about enough that seeing them get game and being part of their experience is far more important than doing any shooting yourself.

Thanks Karl. I wish you the best on his turkey hunt and hope your dad's health keeps improving.

Great story Larry! Hope I can get out on another hunt with my father, right now, it doesn't look to promising.....
I do cherish the memories that I have with him already though!

Steve, I hope you do get another hunt with your dad, Keep those memories in your heart though. Every once in a while I close my eyes and relive that day with dad. It keeps him here with me.