As promised, I finally got the camera working. So for you guys over seas I took some pictures on the hill today hoping they find you safe and give you just a taste of what is waiting for you when you get home. Some of the pictures are redundant but they give me a chance to show off Riley.

The day started walking up this ridge. 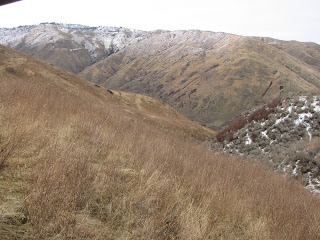 Riley searched both high and low for two hours without finding a bird. 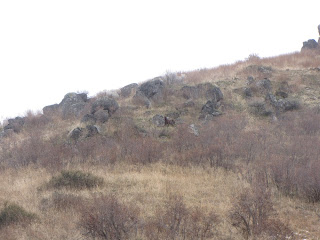 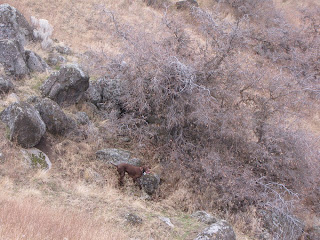 And then it happened. Find after find, Riley started doing his thing. Riley was a little unhappy with me and the square box in my hand. He was more concerned about getting birds than having me walk around him taking pictures. 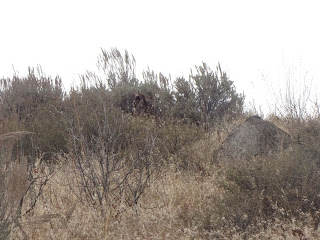 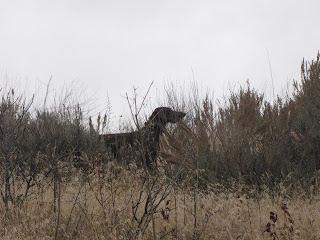 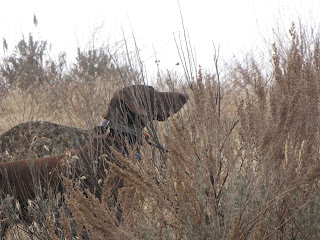 But it all worked out the same with a couple of retrieves. 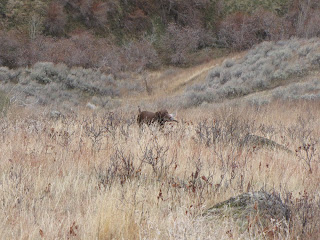 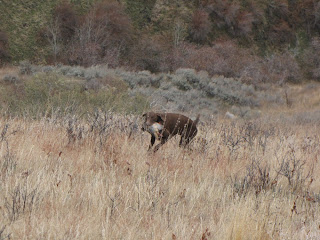 This was another of Riley's points that offered a great chance to move around him and take some pictures and then hopefully get some shots with the gun. 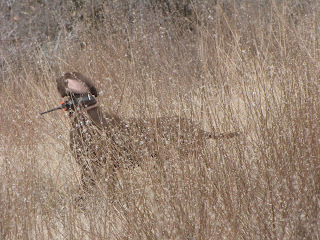 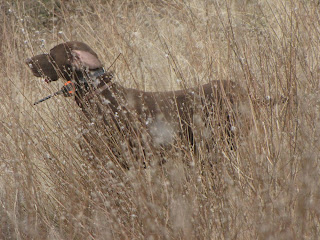 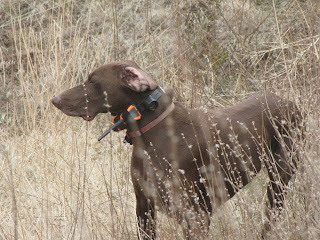 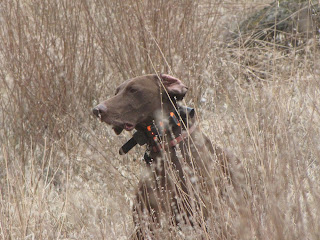 He finally relocated as I moved below him with the camera. 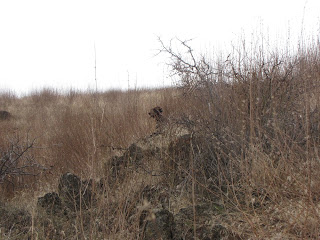 At this point I could tell he had the birds pinned between us so I looked in the brush to my left and I could see a couple of the chukars that were in a covey of about 15 that eventually flushed. 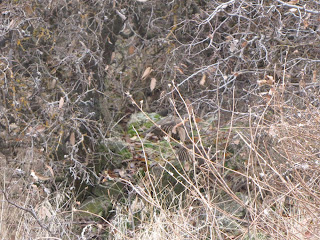 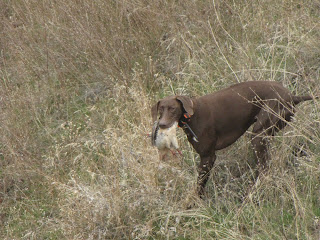 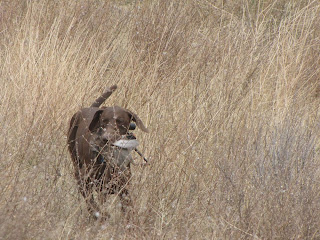 Here are a few more of Riley's points for the day. I'll leave you with these pictures and the hopes they  fulfill your hunting needs for a short time and bring you home soon and safely. 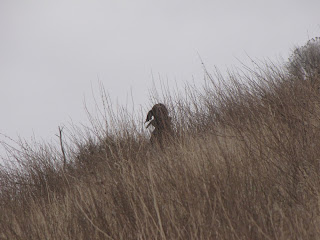 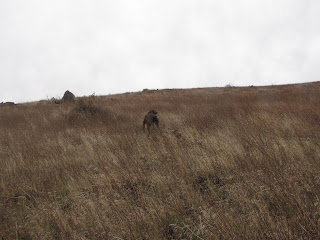 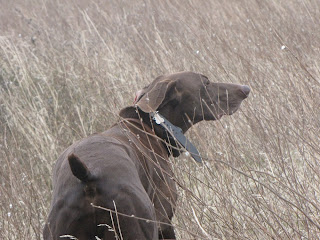 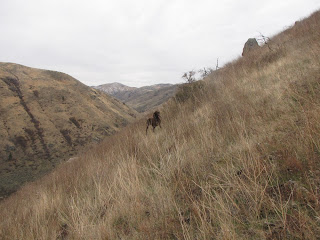 Posted by larry szurgot at 2:38 PM

Great photos! I am mostly thankful for my family, my good health, and being lucky enough to live in this great country. But pretty high on that list is chukar hunting.
Happy Thanksgiving!