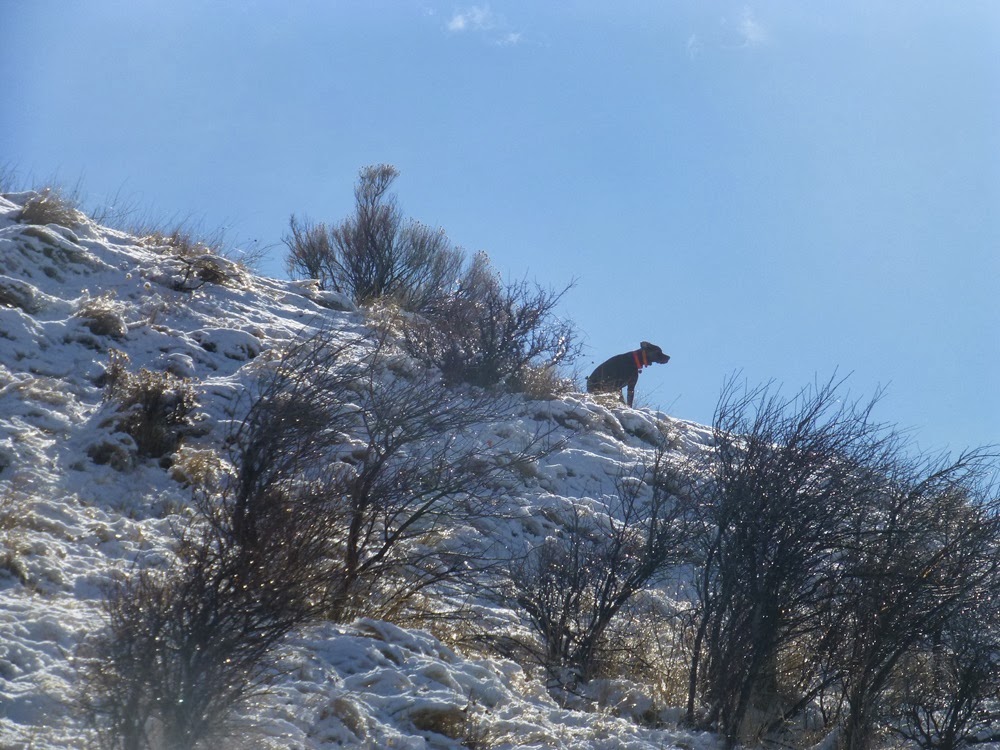 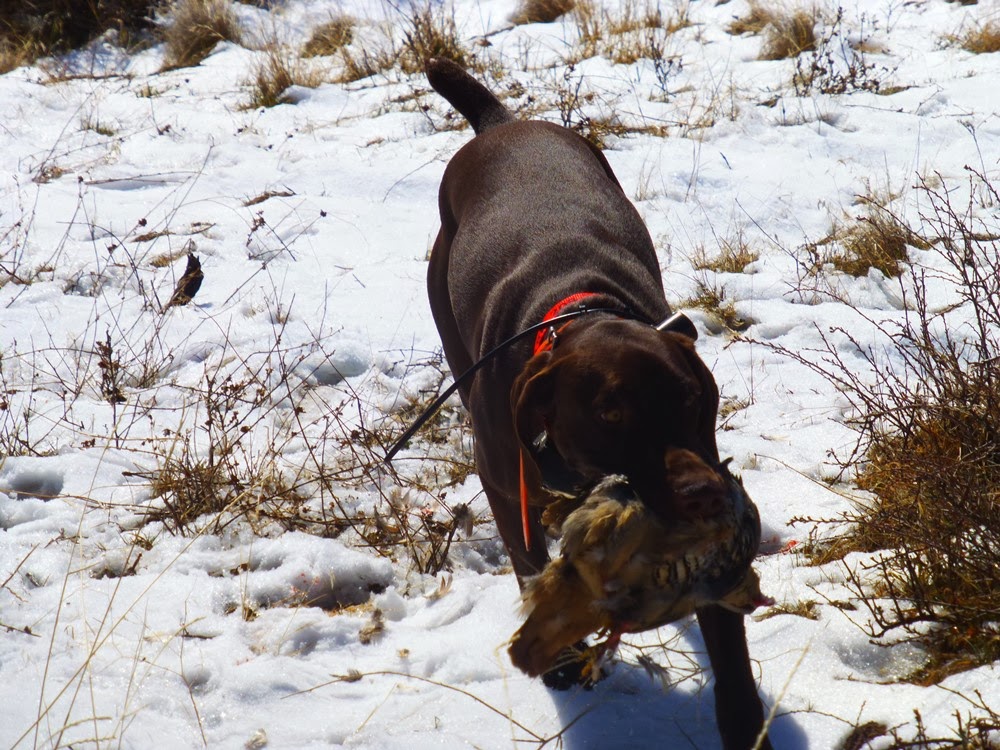 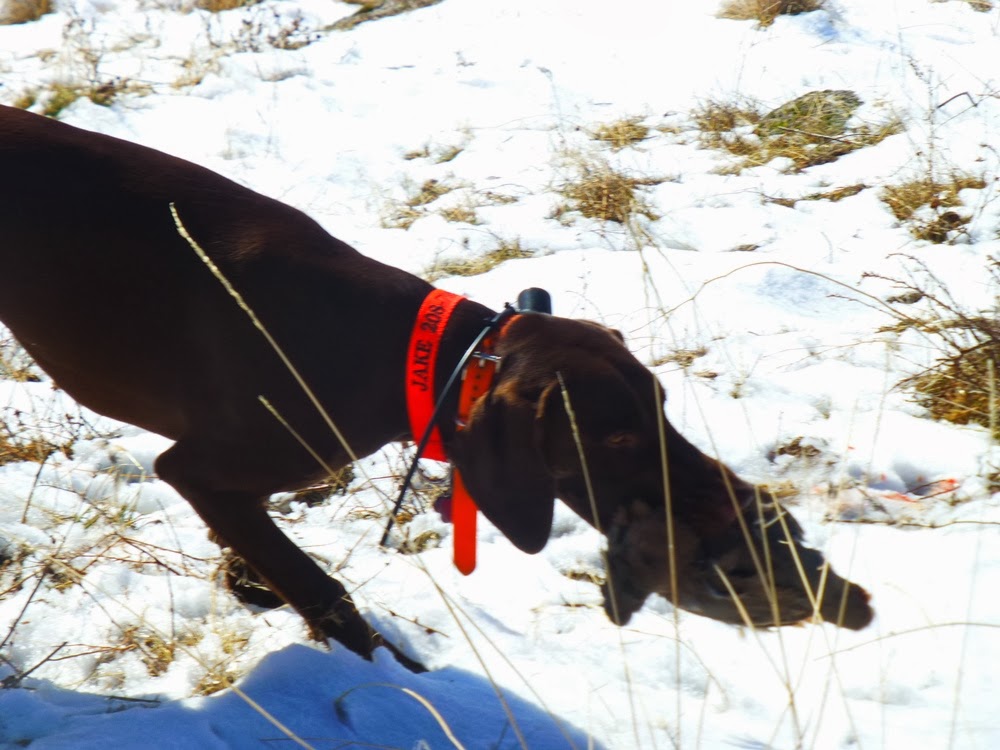 As far as the birds go for the year, I have to admit to seeing fewer birds this year than any since I began hunting chukars way back when. It might have been because Jake hasn't acquired the skills to locate birds yet or maybe it was just an off year. Even at that, we always found a good reason to be out chasing them and knew that there were more birds just over that mountain which we didn't have time to get to on that day. With Jake having one more year of maturity and the birds having a good hatch, I'm sure looking forward to opening day 2014.
Posted by larry szurgot at 3:32 PM

I'd say Jake had a great season and he can only get better. I went out looking for birds on Sun before the superbowl.It was clear and about 30 degrees. What a beautiful day. I have been exploring the area about 2o mi from my house.I did see a ptarmigan last week which gave me hope to try again in that area. We hit the jackpot. We found at least a dozen birds.Mays had one of those perfect days. I'm afraid I didn't.I missed several ptarmigan,fell down four times but managed to knock down a bird which Mays made a great retrieve on. I missed a bird that Mays made a beautiful point on and felt bad about that.I only hunted an hour or so and then went home to watch the game.I'm going back to the area and look for the birds again. Can't wait to go back out. My knee held up great despite the falls through the crusty snow. Take care.
Alan

Alan, I can't think of a better way to spend a day. Great hunting with your dog and home to football. And great weather to boot. Sorry your shooting wasn't better but it makes me feel better about my last day when my shooting was poor at best.

Glad to hear your knee is doing fine and Mays is hunting like a pro. How well do ptarmigan hold for pointing dogs? That's something I would definitely like to do some day. With the liberal limits it seems like you could go all day.

Keep me posted on the rest of your season.
Larry

Larry,
For some reason these birds were really spooky. Other than the one point, most flushed wild,although Mays may have been pointing,a little difficult locating him in the brushy areas. I can't believe how bad I shot. I will try to take Kate back out there so she can take a few pictures.Hopefully a tail gate shot, if not the scenry is pretty. This is the first time I have ever seen ptarmigan this low,they were eating berries that were exposed due to warm weather.
Alan