Last night Jake informed me that he would like to go on a chukar hunt to celebrate his 2nd birthday today. So, this morning we got up and took the long drive west hoping to find some blue skies. When we got to our destination we had a mixture of everything. Some sun, fog, inversion and a few snow flakes.

I had hoped to find some birds on the lower burnt off slopes but Jake couldn't seem to locate any. I had to agree because I didn't see a dropping anywhere. Two months ago I was on these same slopes and found a fair number of birds so I was hopeful that Jake would keep on doing his thing until he found birds. As usual, when Jake finally found chukars, I was baffled as to why they were where they were. All the green up on the bare slopes and not a bird. As soon as we got to the snow, 1700 feet higher than where we started, Jake locked on his first point. 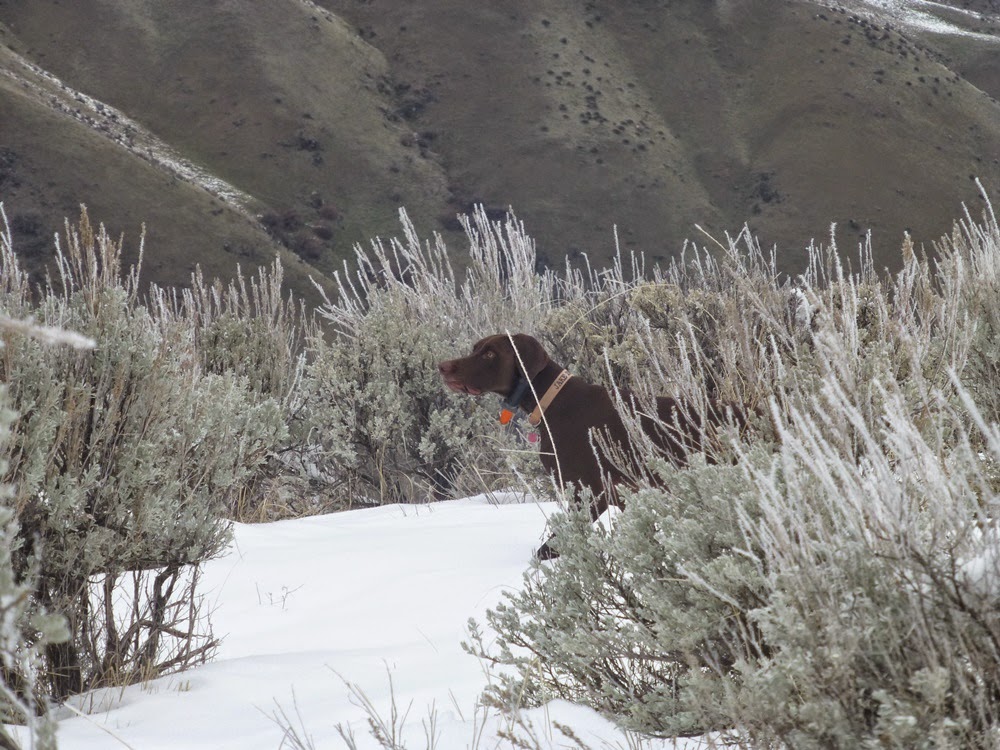 Notice the slope behind Jake. The slope we had just come up was burnt off similar to that but with no birds. In places the snow was crusted enough that I didn't even break through. What were the birds doing up there? I decided not to question them and follow Jake from point to point. 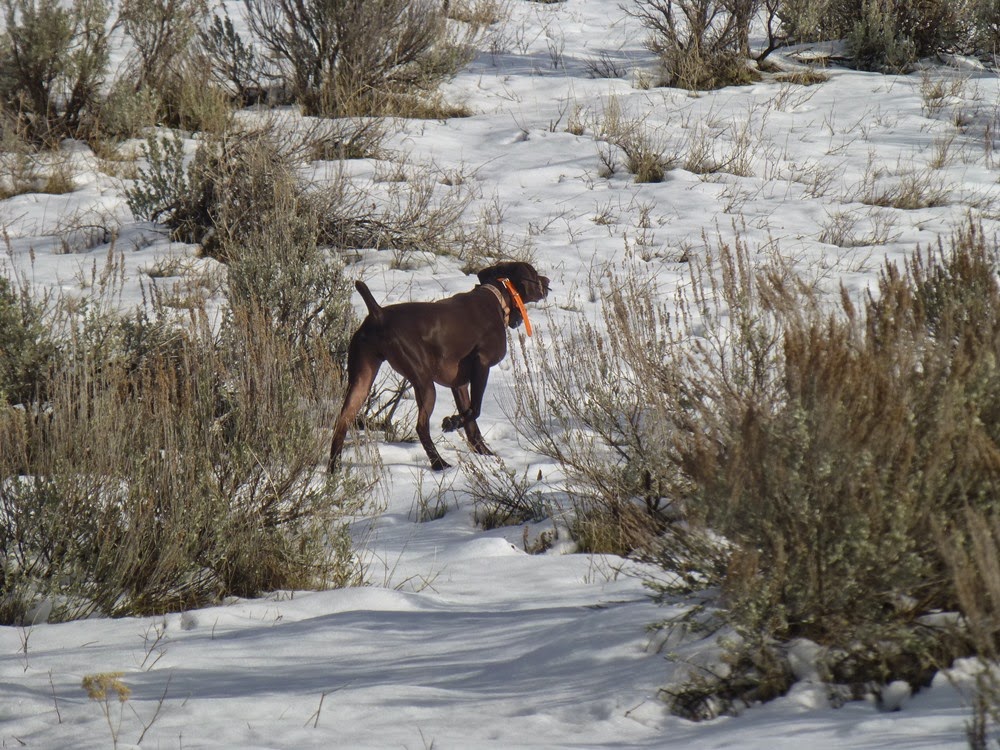 Although Jake had some fantastic points I have to confess that he bumped more bird today than any other day this year. It could be that they were just so visible up in the crusted snow or possibly just forming some bad habits as most dogs do towards the end of the season. I think they do that just so we still take them out to the chukar mountains after the season is over for training. 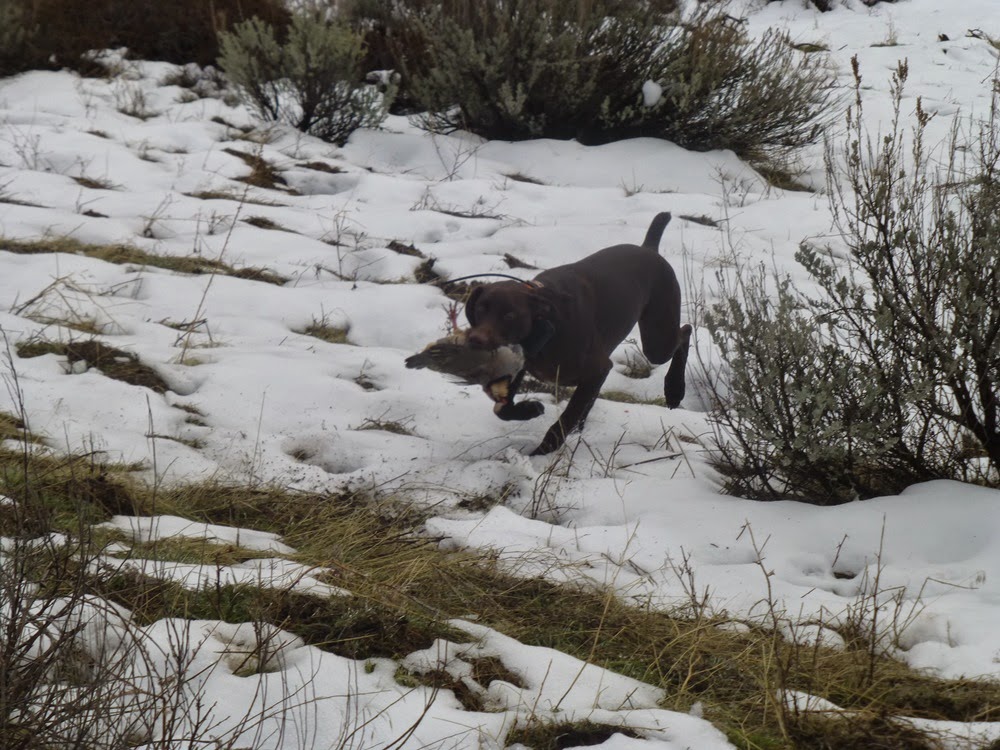 Some of the birds flushed wild due to the crunching snow as I approached but for every wild flush or Jake bumping birds we had a good point with birds that would hold for my approach. 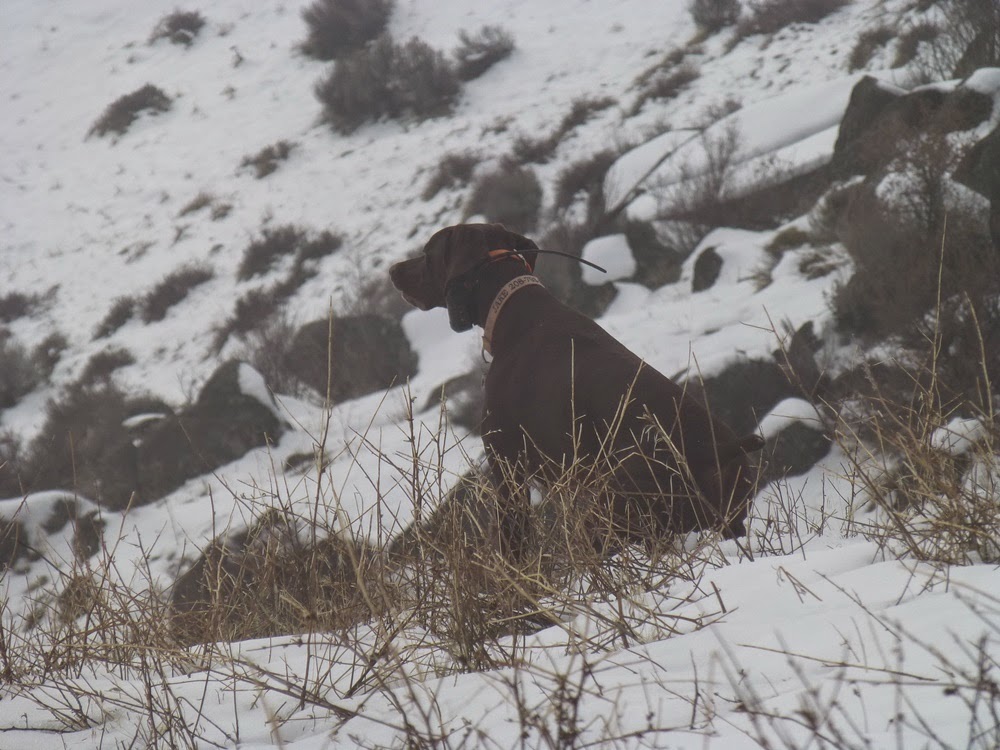 There were a few times when the birds were a hundred yards down the slope from where Jake was pointing. We had a pretty good wind coming up the slope. But he held point like a mature dog as I edged down the steep slope trying hard not to fall on my butt. Every twenty yards or so he would relocate with me but never go ahead. With our 50 hunts this year he has really matured. 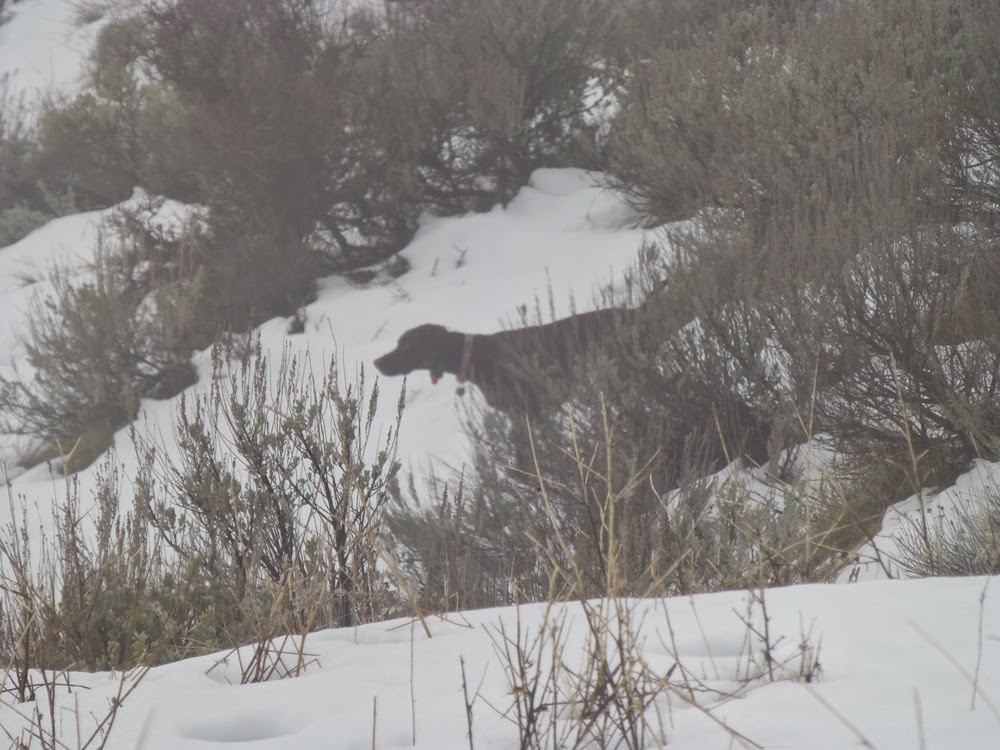 His only downfall is that he usually drops the bird before I get my hand on it. I can live with that knowing how hard he has worked just to get the bird back to my feet. 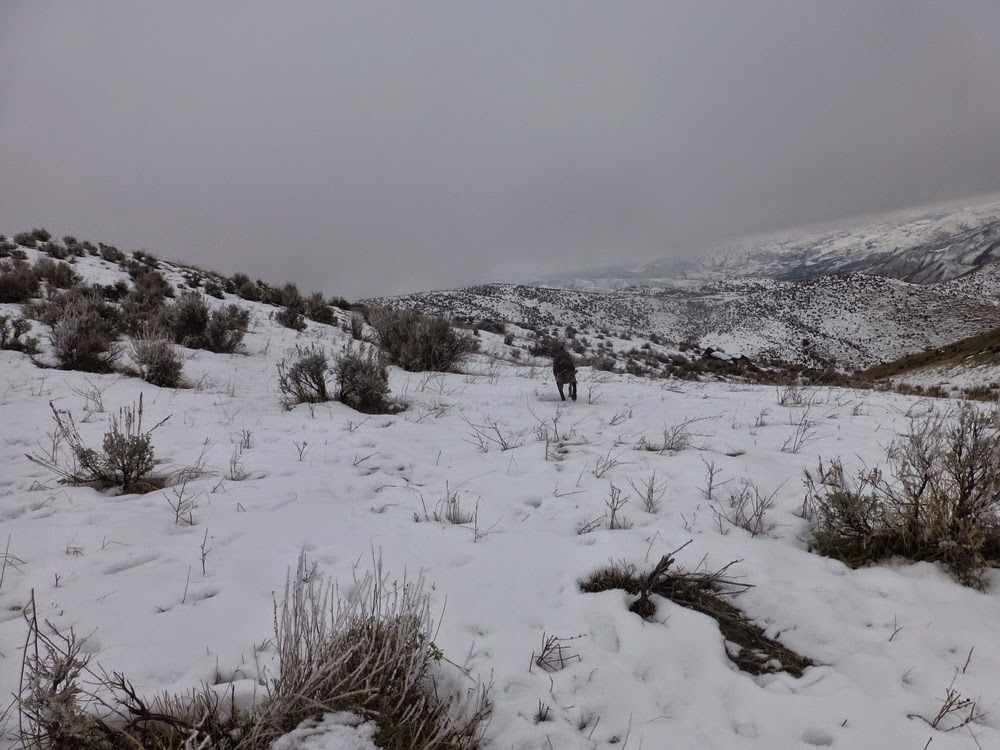 What a great day for a dog that just turned two. He screws up once in a while but not as often as I do with the gun. The more I hunt with him the more I realize how hard he tries to please me. He is my hunting partner and deserves the best, so tonight I think we'll share a chukar dinner to celebrate his birthday. 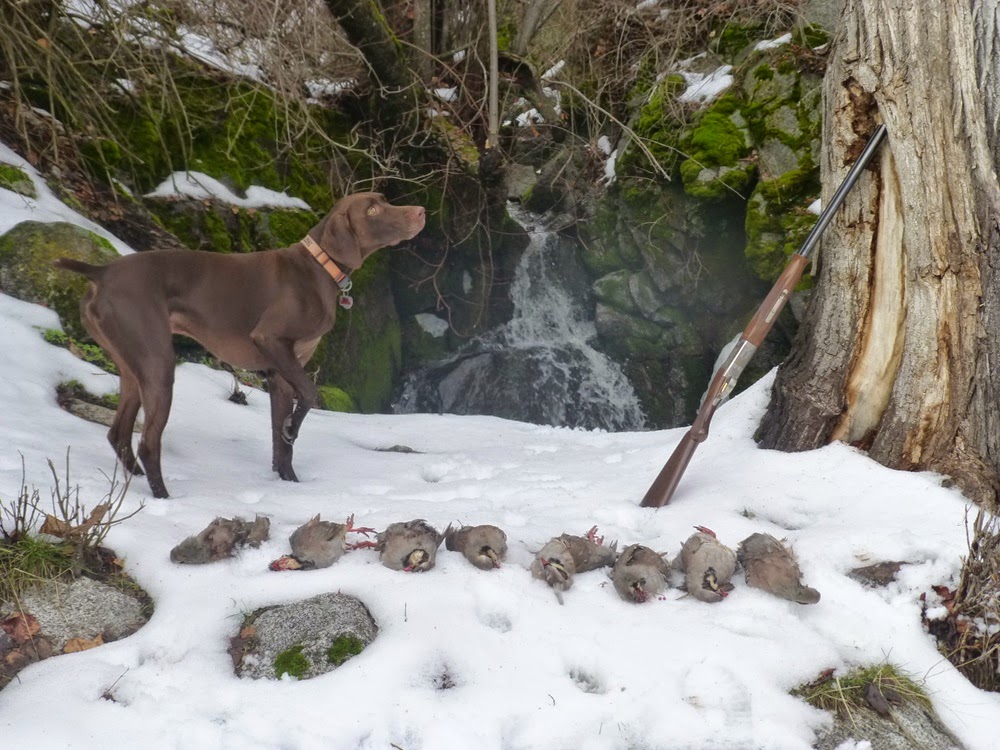 Posted by larry szurgot at 3:40 PM

Larry,
What a nice day you had out with Jake. He has got it down, waiting for you before he moves forward. Still no snow here.Hope we see some birds tomorrow too. Keep having fun. That Jake looks intense on those points!
Alan and Mays