Once again the cold weather has locked in with the inversion. Jake and I made it out for two days in the miserable weather but after day two Jake was so wiped out that I decided to give him a few days off and hope for the weather to warm up some. I don't think the temperature got above 20 degrees in the area we hunted the last two days and with Jake already down eight pounds for the year he has no body fat left to help keep him warm. Me, that's a different story.

Yesterday, Jake's water bottle kept freezing up and I had to take the lid off, stir the water and put the spout under my arm to thaw it out. Jake had no trouble with traction but in places the slopes felt like solid concrete with a cover of ice over it. I never had any good falls but I moved at a snails pace at times.

Even with that, we had a couple of great days and the birds were very cooperative. I had my camera on day two and thought I'd share a few of the shots of Jake. He earned a couple of days off in the warm house.

The inversion we were in most of the time. 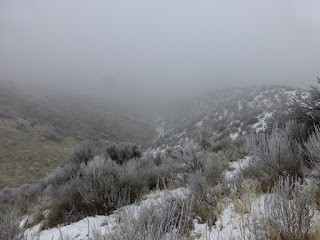 Visitors on the mountain with us. 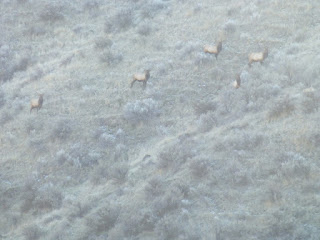 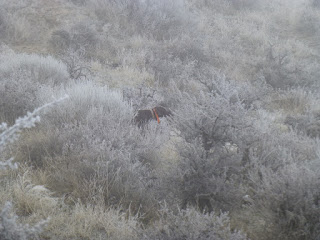 And a retrieve that wasn't much warmer. 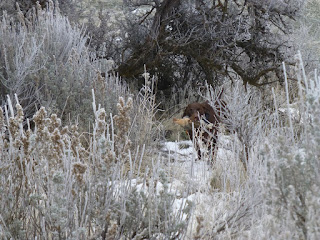 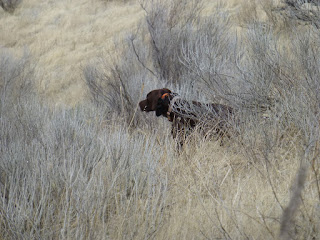 With a long range retrieve that didn't impress Jake with my shot. 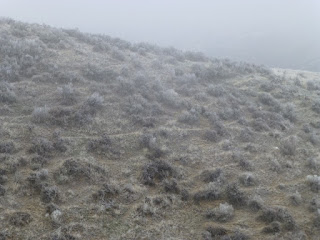 Last bird of the day. 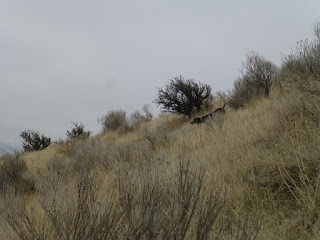 And a shot that found it's mark. 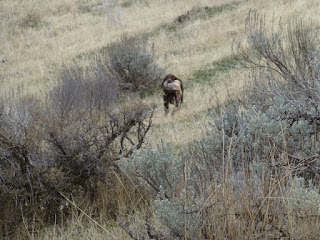 Jake followed a cripple into this brush. We tried to get into it but finally had to leave it to the mountain. 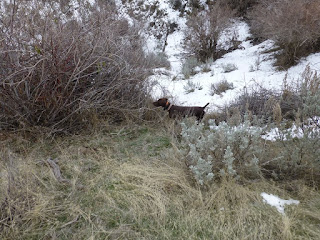 Back at the truck, we were so cold we decided to wait and take a tailgate picture at home in front of the fireplace. 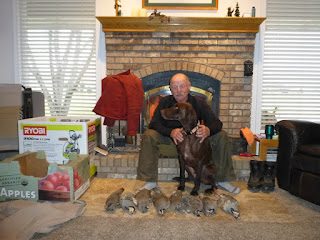 Obviously, we had a great day and are looking forwards to going out again in a couple of days when the sun comes out.
Posted by larry szurgot at 8:39 AM

Tjanks Larry. I love your blog.

Love those pictures, especially the one of you and your loyal buddy .Heck ,you can hunt in Alaska now ,you are pre-conditioned. Jake looking intense on point. He loves to be out hunting with his Dad. Mays and I are pretty burned out due to an over active setter pup. He plays with her now so that's helpful. Figures if he wears her out maybe she will go to sleep. Kate is back from Va. Her mom passed away so its good to have her back and she is glad to be back also .Say hello to Barb and Mays says to tell Jake "keep pointing uphill".Keep having fun.
Alan and Mays

Thanks David and Alan. Sorry to hear about Kate's mom. Happy to hear that setter is keeping everyone entertained. That's their job as pups, entertainment and destruction. As far as the pre-conditioning, these frozen hills are making Arizona quail hunting look pretty good.