It's the eve before Christmas eve and Jake and I were forced to take a break from the chukar mountains. We'll be in town for the next two days and the snow kept us at home today. We had four new inches of snow last night and between that and the snow already on the ground I decided against falling several times on the steep chukar slopes.

I was excited to get out and try my new Christmas present to myself. My Astro 220 finally quit me for good yesterday and after following Jake around the mountain with a collar that I could remotely beep I decided to have Barb pick me up a new Astro 320 for today's hunt, which didn't happen. So I decided to do a local camera hunt on flat ground to test out my new toy. It worked great.

Although I could hunt these birds, I prefer not to and save them for this kind of moment plus they're great birds for helping to get a dog birdy during the training season. Here was my morning. 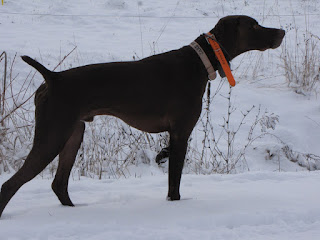 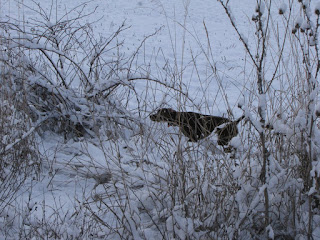 Jake knows there is something in there. 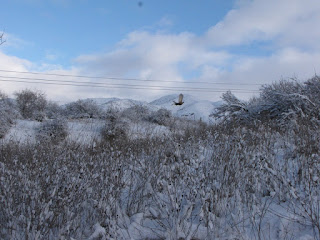 That rooster probably would have been good eating. 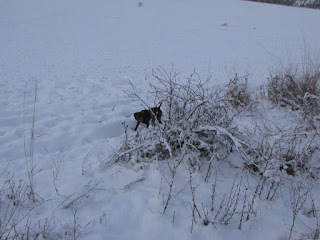 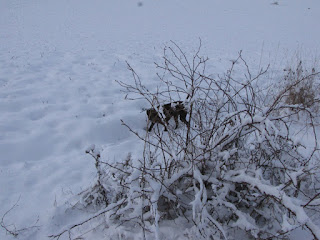 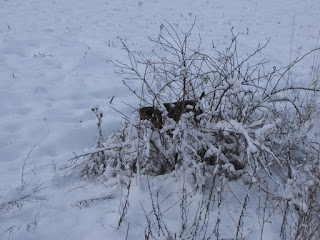 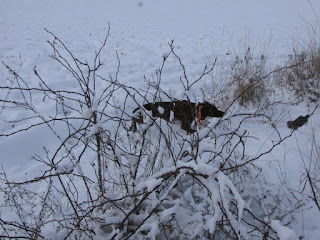 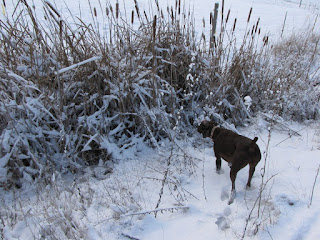 Another of his many points 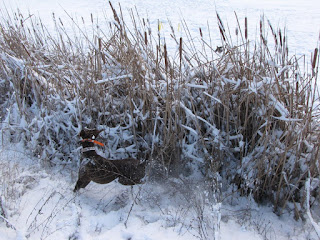 where we could catch the bird coming out on the camera. Trust me, it's hard to do with one of those little camera's that you look at the screen and can't tell what you are seeing. 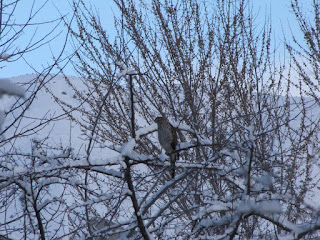 Another reason the bird's held so tight is because of mother natures drone. He followed Jake and I around and made several attempts but the birds were quick to get back in the cover.

Here's wishing everyone a Merry Christmas and hoping you're enjoying the season as much as Jake and I are. We'll be back on the mountain the 26th, weather permitting, and plan on being there as often as possible through the 31st of January. There are still lot's of chukar up there even though it's getting to be more of a challenge for both dog and hunter to get them to cooperate. Just a little sampler from yesterday's hunt before the new snow fell. 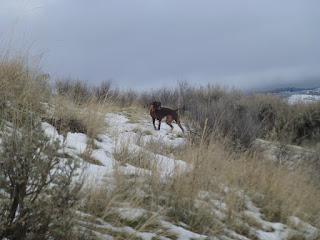 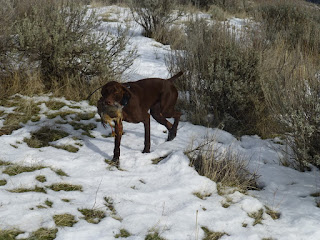 There's still loads of this kind of action to be had out there so get your dog out there and have some fun. Merry Christmas.

P.S. Happy birthday to an old friend. Riley would have been ten today. He was one great dog that deserved a longer life.

Did you get a new GPS collar too? Or did you just pair the old collar with the new handheld? I'm thinking of purchasing a Garmin Astro and am wondering if its worth buying a brand new one or getting a 220 used. I would be interested in hearing your opinion on the difference between the 320 and 220.